The following movies all received zeros from us because they were so bad we were forced to turn them off before they were actually over.  We highly recommend that you just skip these movies altogether.  It’s just not worth the grief.

The first one was bad enough, but the second one we actually turned off.  The acting is terrible and at one point only a floating carrot is killing people.

In this movie 5 cheerleaders (yes, cheerleaders!) spend the weekend in an uncle’s house, hear all about a horrific urban legend, proceed to ignore said legend and pay the price with their lives.  Again, the acting is horrendous, the old guy made me sick and we turned it off halfway through.  To be honest, I’m glad we made it that far.

Writer/director Paul Matthews gives us a story about a hideous creature living in a cave that can move through walls.  It’s as horrible as it sounds. 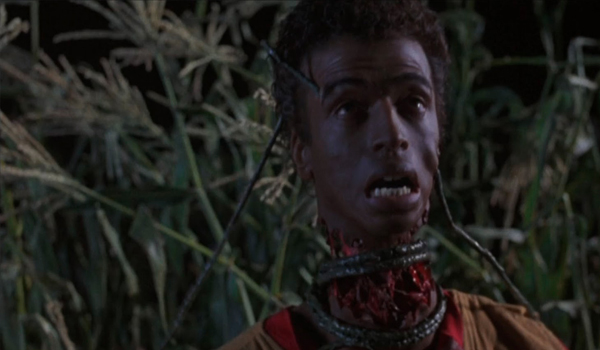 I love the original COTC, but this one is ridiculous.  I think it’s turned us off to watching anymore COTC movies at all.  The opening credit sickle sequence is annoying as hell.  But after that part where the “Amish” kid just happens to be incredible at basketball and his evil corn-missing brother tells him to stop playing because it’s “against the rules”, we turned it off.  What a joke!

This movie was unrealistic (no way one man could do all that) and gory for gore’s sake.  We turned it off after only a few minutes.  It was just so stupid.

A guy is plagued with nightmares after his sister disappears after playing the Bloody Mary game.  Of course, we had nightmares after watching some of this trash.  The acting is so, so bad, but with this script, it’s hard to place complete blame on the actors.  We can’t believe it took 3 people to write this. 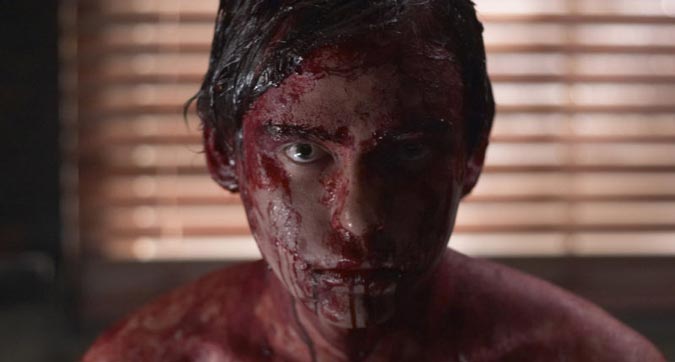 Writer/director Sheldon Wilson gives us a strange and obnoxious story about a naked teenager, covered in blood, who walks into a sheriff’s station in the middle of nowhere.  We watched a lot of this movie actually and still had no idea what was going on.  The characters were unintelligent and unlikable.  With 40 minutes left to the movie we decided we just couldn’t handle anymore.  And a lot of that decision was based on the fact that they had “scary music” playing constantly, even when shit wasn’t scary.  It was maddening.

Pascal Laugier brings us something that is NOT A HORROR MOVIE.  They can call it horror all they want to, but it’s just a poorly done story about a woman who works in an orphanage – sans any actual orphans.

This is definitely one of those reasons people say that sequels aren’t as good as the originals.  We don’t usually follow that line of thought, but in this case it’s true.  The original Sleepaway Camp is great and the ending still shocks the hell out of new people on a daily basis.  But the second and third movies only shock you because of how bad they are. Angela comes back – a different person playing her – and this time she’s killing anyone and everyone.  It’s not a decent motive anymore.  Both movies really let us down and while we recommend the original wholeheartedly, we say stop there.  It’s really not worth it to continue on.