Plot: same as always, there’s aliens, we can’t sleep or they take us over – however, there’s no pods in this one, which I don’t mind – the pods are gross

This is our favorite of the Invasion movies.  Let’s just get that out of the way right now.  In this one, Nicole Kidman plays a psychiatrist with a young son, a shitty ex-husband and a friend, Daniel Craig, who should obviously be more than a friend.  There’s good Freddy Claws – when shit starts going crazy, Kidman, Craig and a handful of other people band together to survive and find a cure.  Yes, in this movie, they attempt to find a vaccine and possibly a cure.

It’s a little philosophical, humans suck, but how uncool would the world be without emotion and individuality?  There’s a great cast.  It’s never boring.  Kidman’s son is fucking adorable.  There’s a good motive.  It followed rules.  And the ending, get ready for it, was SO GOOD!!  And the black man had something to do with saving the world.

Holding onto this saving the world bit for a second, DJ loves this.  He loves when there is a way to survive.  A way to thrive.  A way to defeat the bad guys.  Plus, he loves the scientific element.  We’ve always wondered how in all these invasion movies, everyone is always so susceptible to being taken over.  The aliens are so powerful that they are not ever turned off by the drugs we ingest, the diseases we have, the differences in our hormones and body types.  How is that?  Well, this movie answers that question and that’s big news and a huge thumbs up for the science freak DJ is. 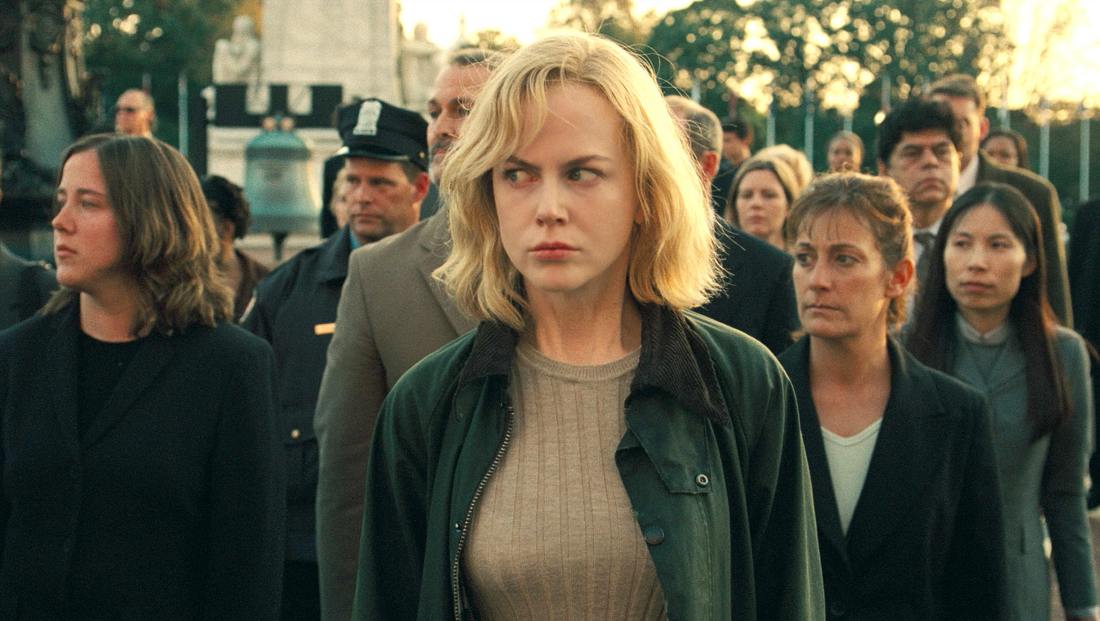 We really liked this movie.  We’d definitely prefer to watch it than the other Invasion movies.  Feel free to combat us on that one.  We always appreciate your opinions.