Plot: a woman and her photosensitive children live in an old house they come to believe is haunted 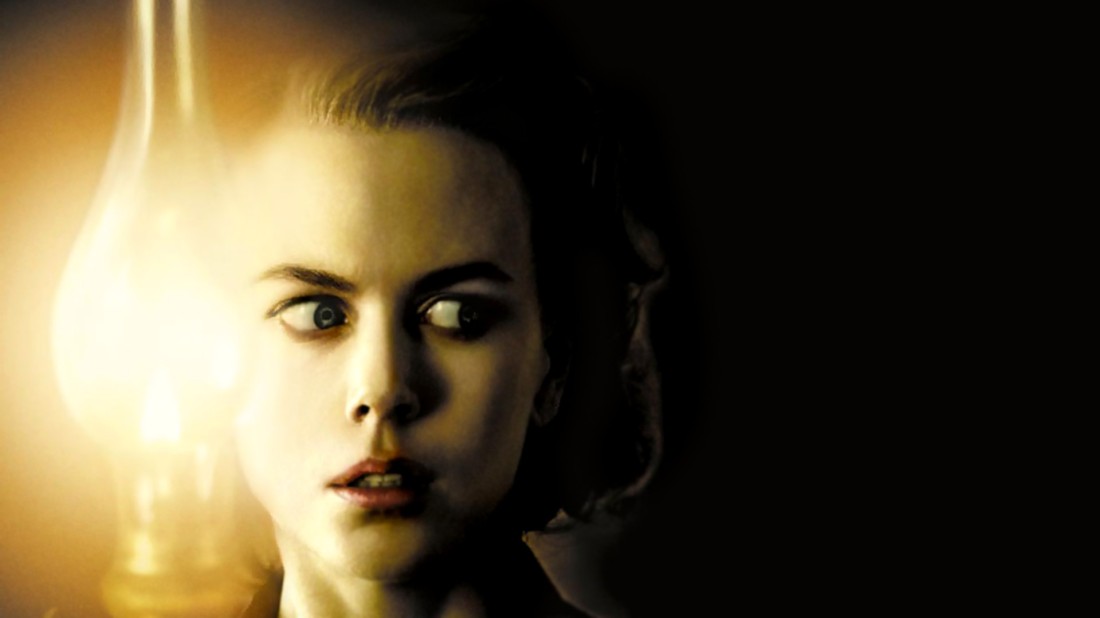 Nicole Kidman and her children live in a secluded old house.  Her children are photosensitive which means the whole house has to remain dark.  Doors locked, curtains closed,  very melancholy look.  Her daughter is a brat most of the time, but the little boy is cute and you’re rooting for him if for no one else.

Now, here’s where the “ghosts” come in.  Ghosts that may or may not be involved with the new employers Kidman’s hired to help out around the house.  And it seems that one of them is creepy, old woman.  Because it’s ALWAYS a creepy, old woman.

The performances are terrific.  It’s hard to root for anyone due to the utter confusion of what’s going on, but the story is haunting.  Perhaps it was better as a Twilight Zone episode, perhaps not.  We think it’s about average.