Plot: a man puts on an old clown suit to entertain his son only to find that he can’t get it off because it is really demon skin. 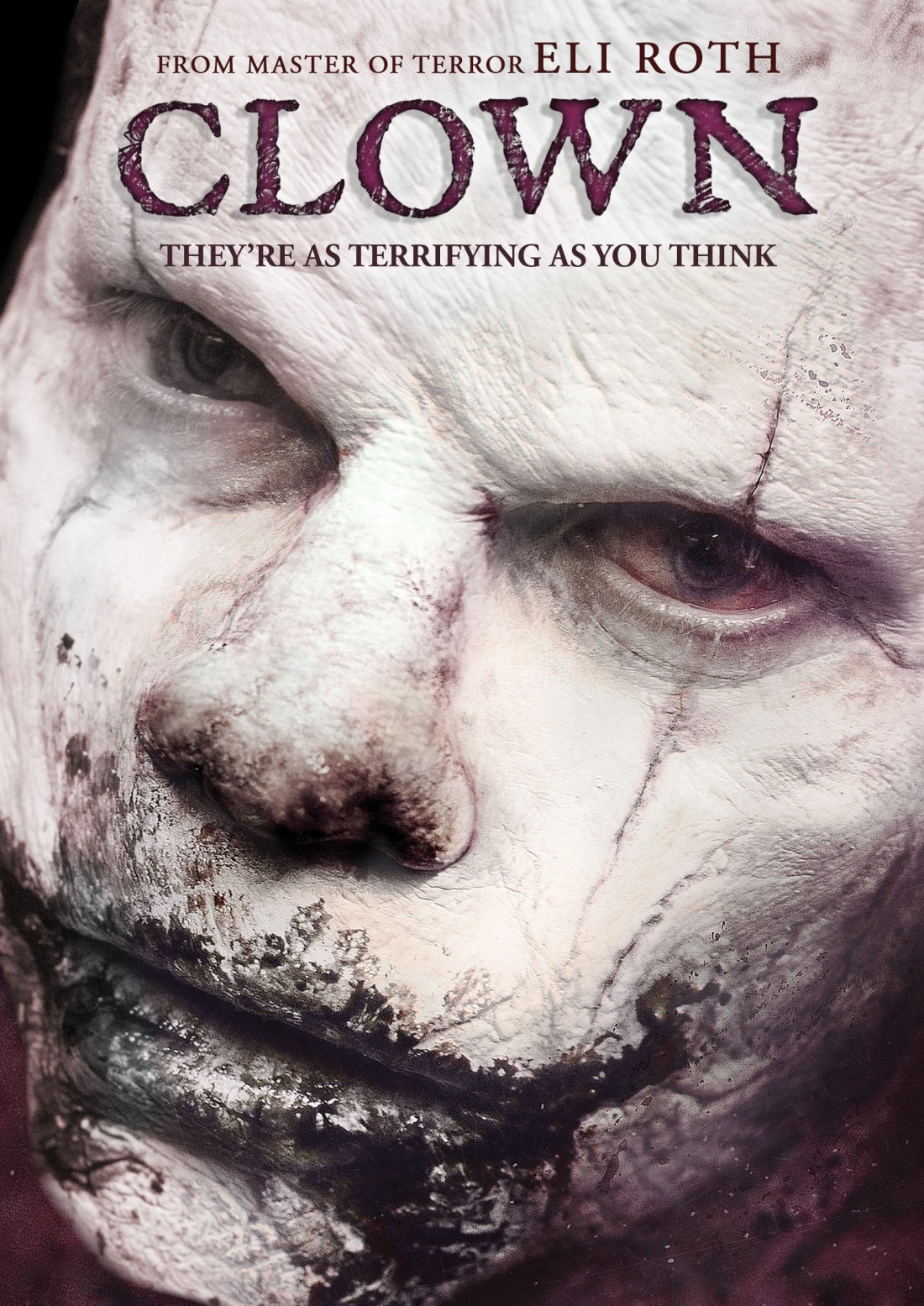 First off, the picture lies, I would never call Eli Roth a master of anything, let alone terror.

This movie is what happens when you don’t teach your 7 year old to fear clowns like they are supposed to. The soundtrack is crazy, who knew there were so many songs about clowns, songs that probably should not have been written, clowns are not your friends.

Tara jumped, she admits that however she wishes the clown had been scarier, she thought he was too monster like and not clown enough. I liked the make up job but not the rules, for instance the demon aspect, why wouldn’t religious defenses and offense have worked again this basically demon cloud, in the movie you are only given two ways of “beating” the clown.Another bad rule was that there was no warning about the costume so once you put it on you are screwed, so zero fairness points from me. I also did not like the story much, I thought it was more drama than horror and it felt soapy to me.

Tara found herself very indifferent to the movie, she was certainly unimpressed with it but she did not hate it. She would not recommend it freely, there are unnecessary deaths , yes we know it is horror but some death is just over the line if even necessary. Lots of blood and vomit so if that’s your bag, you will be happy. But it lacked actual horror until the end and there was bad story telling, the movie was no fun.

It was highly original, the whole Cloyne myth was movie specific as far as we can tell. However it lacked any cool innovation in the way of kills. We could not give it any realism points because of the legal repercussions that would have taken place at the end of the movie.

There were a couple loose ends or unnecessary plot points that never get resolved. Overall Tara felt like she wasted her time and she does not often feel that way, I just plain did not enjoy myself or get lost in the movie like i like to.

Ok this review has been long enough , now here are our scores, Tara gave a 28/100 and I gave it a 24/100, if you are a big Eli Roth fan i am sure you will disagree and like this movie but we can not recommend it at all, so don’t say we didn’t warn you.

1. If I could manage it, I'd love to learn a new language. 2. My favorite piece of clothing is my Philadelphia Eagles tee shirt. 3. The fictional place I'd most like to go to is the Starship Voyager so I could explore space. 4. I once spent exactly 6 hours (no more, no less) working at a Burger King. 5. If making people laugh were a sport, I'd win the gold every time. 6. My favorite drink is Yoo-Hoo. 7. The best non-horror movie I've seen recently is Wonder. I loved the book, too. 8. My favorite bands are the Beach Boys and The Monkees. I've even seen The Monkees in concert. 9. Danny Trejo is my idol. He's overcome so much and he's super nice in person. 10. The most heartwarming thing I've ever seen is this old couple in the doctor's office. They were poking each other playfully and their love just filled the room. View all posts by DJVoorhees13