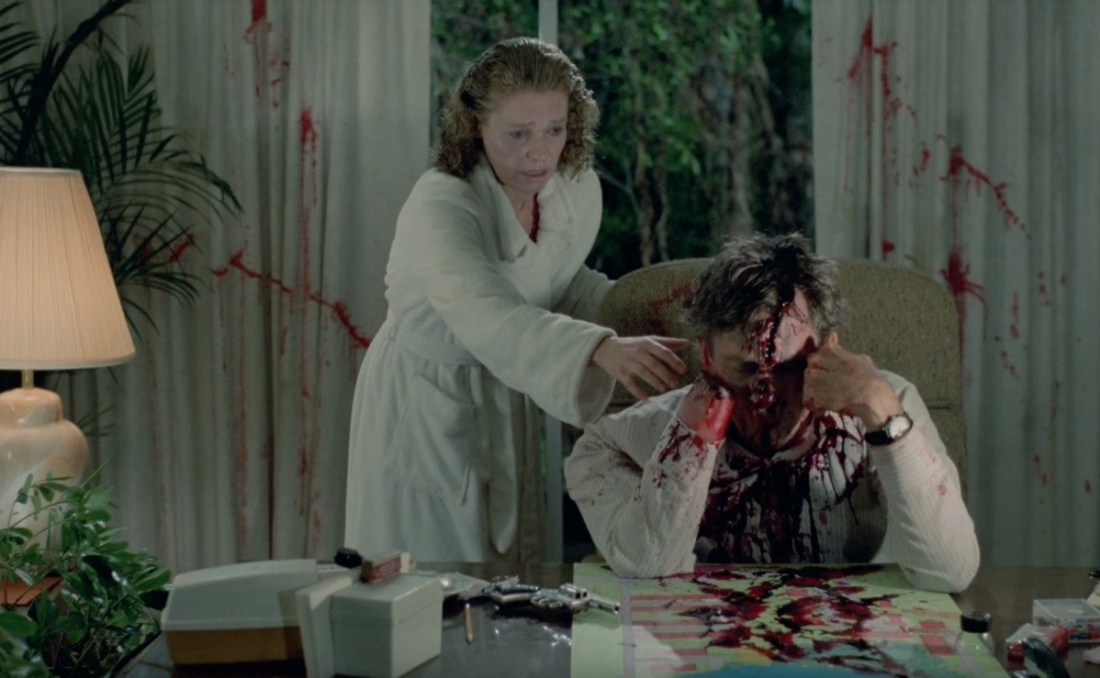 Todd and Terry are twins.  Terry is a psychopath who kills someone at a very young age and then framed Todd for it.  So, Todd goes to an institution for something he didn’t do.  10 years later, Todd breaks out of the institution which throws Terry into a killing spree.

There’s so many things wrong with this story.  For one, psychosis isn’t something you can turn on and off that way.  He’s not going to go 10 years without killing someone just to freak out and kill everyone in his path.  It’s stupid and poorly written.

Their mother is crazy, too.  All that time she spent on the phone talking to the operator about her crazy son.  Although, to be honest, this is actually realistic.  We have a mother who would do the same thing.  She just loves to talk about people about everything and anything.

I have to tell you though that there are 3 good things about this movie.  There are boob shots and it’s very funny – even when unintentional – and we just LOVED the stupid soundtrack.  But we still don’t recommend anyone watch this movie.