Plot: a coroner tells us 3 unrelated stories of horror involving his recent cadavers 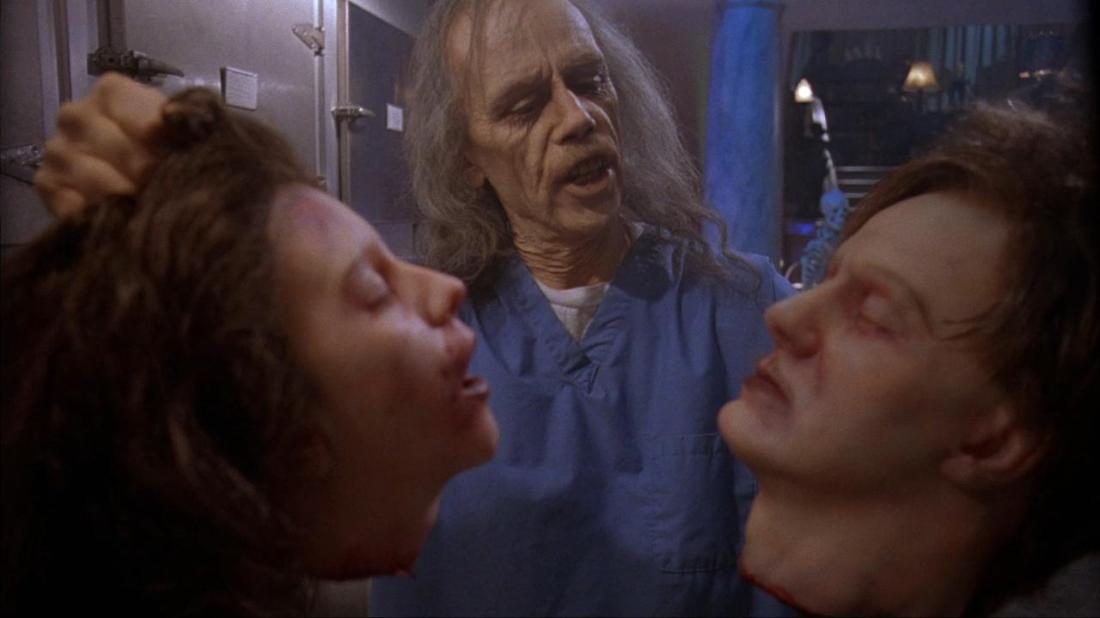 A college girl works at an isolated gas station while there’s a serial killer on the loose.  There’s a lot of cool cameos in this story.  I love David Naughton!  It’s a great story.  Very memorable.  There’s good Freddy Claws and it’s totally rewatchable.  The only thing bad about it is that the girl is so stupid.  And while there’s not a particular moral per se, the fact that she puts a job and making money ahead of her own safety is just terrible.  Still, this was our favorite of the 3 stories.

A man obsessed with his thinning hair tries a special new solution.  He’s horribly stupid though.  He’s got a woman that loves him just as he is and he still goes above and beyond to change his looks.  This story actually does have a moral.  It’s about vanity and the lengths people go to change their outward appearances.  It’s an incredibly effective story and it really freaks me out.

A baseball player loses an eye in a car accident and gets a transplant from a serial killer.  It has a good cast, but this was our least favorite of the 3 stories.  It’s entertaining and all,  but DJ didn’t like how one eye could take over a whole man and make him do crazy things.

The wraparound story with John Carpenter in the morgue bumped the movie up some points.  It’s a good anthology though.  We really enjoyed it.