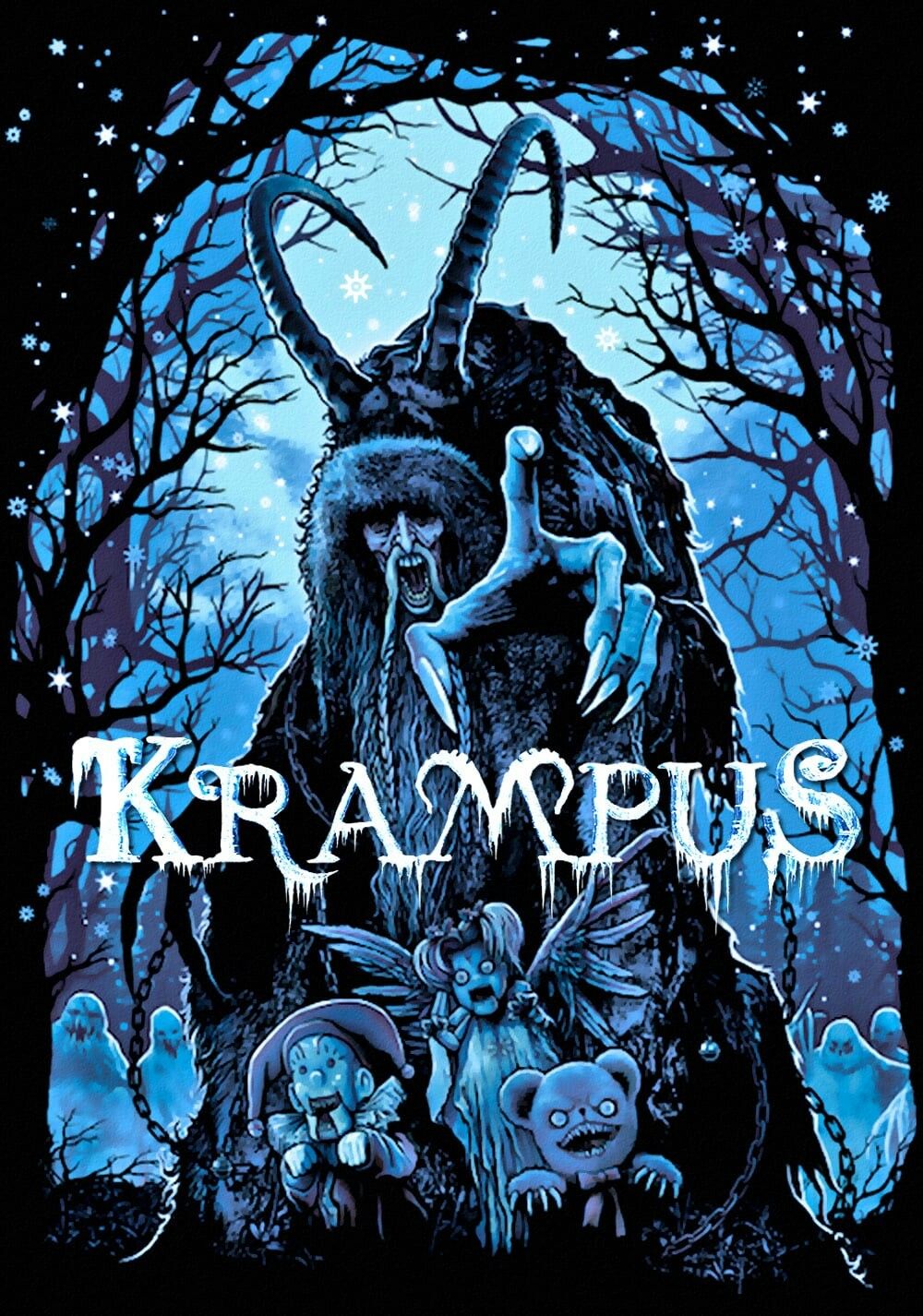 Austro – Bevarian folk lore. He is a half goat, half demon who punishes children who are bad at Christmas in contrast of course with Santa who rewards the good boys and girls.

As far as Christmas horror goes it wasn’t my sisters favorite. She didn’t love the family and she felt the motive was lacking because he took “good” people too. So the rules are kind of out too for her and the she did not like the ending.

I however dug most of it. It was funny in parts. Had a great cast and some super innovative kills, the man eating jack in the box is frightening as shit. Though i did want Krampus himself to be scarier. It was pretty realistic and had great effects. I really liked the cautionary tale story.

Overall Tara did not like it much for a score of 46/100 but i nearly loved it with a score of 75/100, so I say check it out, you wont be disappointed but be warned my sister disagrees and you might too!