Plot: after returning home from the Vietnam War, Jacob Singer (Robbins) begins having flashbacks and hallucinations and descends into madness 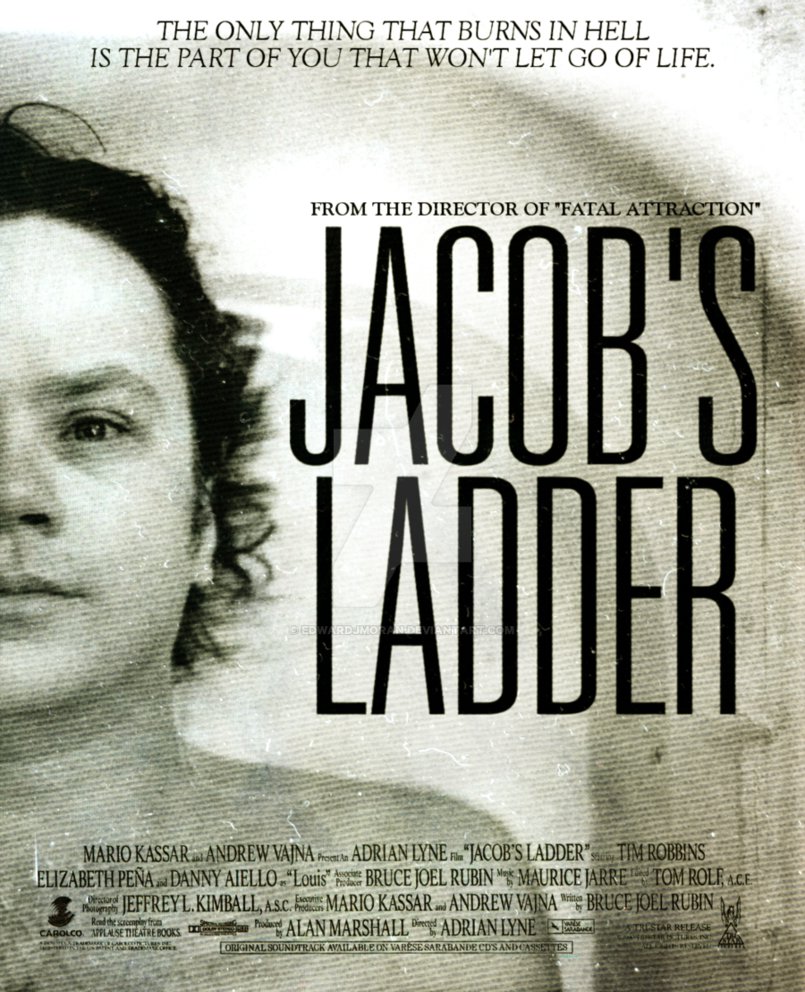 I can’t believe it took me this long to see this movie, but it did.  So sorry.  It turns out it was pretty damn good.  It starts off while Jacob is still in the war.  It’s very disturbing, too.  People getting limbs blown off.  Its very graphic, but super realistic.  When he gets home, he starts to hallucinate right away, seeing men with tails, people with distorted faces and other fucked up creatures.  He’s going crazy and his girlfriend (Pena) has no sympathy for him.  She even tells him that she can’t deal with crazy, so she’ll leave if she has to.

I could tell you more, but I don’t want to give the rest of the story away.  It’s a movie with a twist, but it’s a satisfying twist.  There were no rules and the realism is kind of hard to calculate, but the cast was amazing and the specials were cool, if not very creepy.  You can’t just pop it in whenever, but I do recommend watching it.  DJ, however, did not watch it as he didn’t think it’d be his cup of tea.