In case you’ve lived under a rock for some time or possibly you’re 13-years-old and this is the first time you’ve seen this, let me tell you a little about it.  Buffalo Bill (Levine) is kidnapping, killing and skinning woman.  The FBI wants Lector’s help in catching him and he wants a nicer view.  So, they make a deal. Lector gets the transfer if he helps them catch the new killer.

If you ever seen a horror movie, you know that everything that can go wrong will and it does.  Beyond that, I’ll keep my mouth shut.  Just know that while Anthony Hopkins won several Best Actor Awards (Academy Award, BAFTA Award, Saturn Award, etc.) for his role, I find the Ted Levine was the most captivating person in the movie.  Unpopular opinion maybe, but watch him in Monk, then go back and watch this.  You’ll be amazed at how ridiculously scary he is. 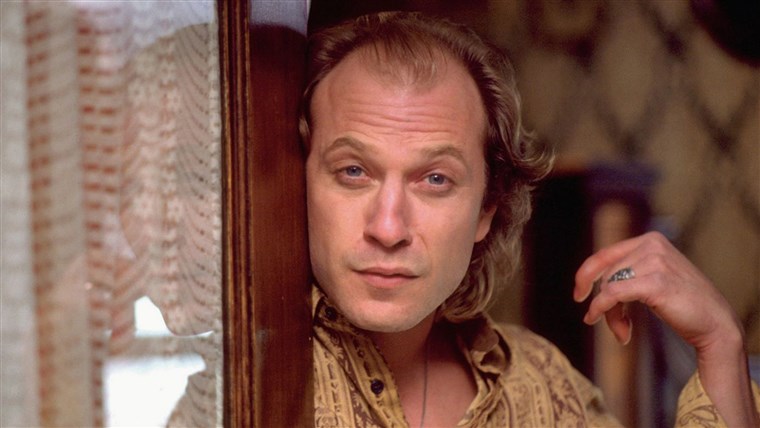 There’s a bit of gore, but most of it is just suggested gore.  And actually, while me and DJ both like the film, we aren’t in love with it the way most people are.  Do we recommend it?  Yes.  Do we think the acting was impressive?  Yes.  Do we think there were tense parts?  Absolutely.  It’s just not at the level of say, Stephen King’s IT for us.  I would like to say though, that I was worried about the little dog the whole time and I’m so glad he made it through the movie.  LOL.