Plot: a brother and sister driving home for spring break, encounter a flesh-eating creature in the midst of his killing spree. 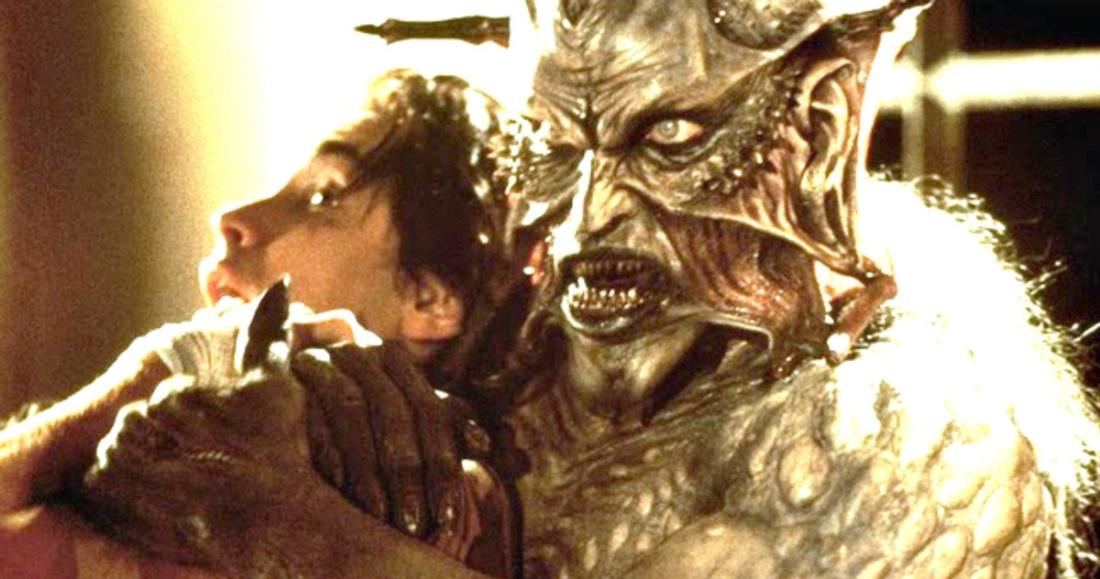 Trish and Darry are driving through the country when they run afoul of an old truck with the license plate, BEATINGU.  And it’s driver seems very unstable and not quite human.

The Creeper is so self-assured that it’s creepy.  The specials, also creepy.  However, there were some continuity errors – like if Darry really went down that drain pipe, he should have landed on some bodies.  Also, the rules suck.  Once The Creeper smells you, it’s all over for you.  You have no chance.  That’s sad.  DJ thinks these lack of rules really take away from the movie.  I don’t.  So, I gave it a bit more points than DJ did.  Oh well.  We both still recommend it.

Being a brother and sister makes me like the movie more I think.  However, it makes the ending worse.  I guess that’s me giving away the fact that it doesn’t end well, but whatever.  I actually cry during the end.  There, now you know my secret.  The Creeper makes me cry.