Plot: on his last feeding day, The Creeper goes after a bus full of high school kids. 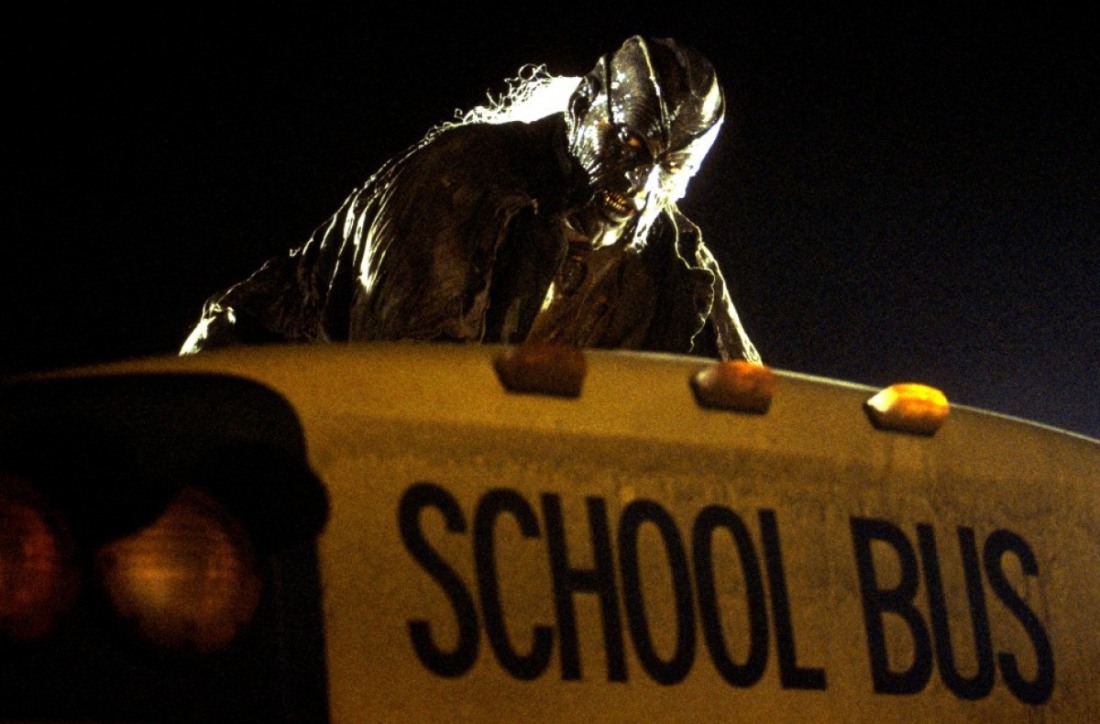 In the beginning of the movie, a little boy is taken by The Creeper.  His father (Wise) and brother (Edwards) want The Creeper so dead after that, that they create a weapon they think can kill it.  Meanwhile, a girl, Minxie (Aycox) on a school bus has a nightmare about Darry (Long) in which he’s warning her that The Creeper is coming.  She wakes up just in time for the bus to get hit in the tire by something so sharp that it takes it out of commission.  Stranded in the middle of the road, the kids and their coaches are easy prey for The Creeper.

I didn’t like this movie as much as the first, but I did still like it.  Once again, The Creeper is almost invincible.  Almost.  I think if we had to take The Creeper out, we’d cut him up, tie different body parts to different bricks and drop him into different bodies of water.  The rules still suck.  There’s no Freddy Claws in this one – they just yell at each other the whole movie and abandon each other, too.  We didn’t love the story, but we didn’t hate it either.

The Creeper is an effective monster.  It’s a fun movie to watch even if slightly annoying.