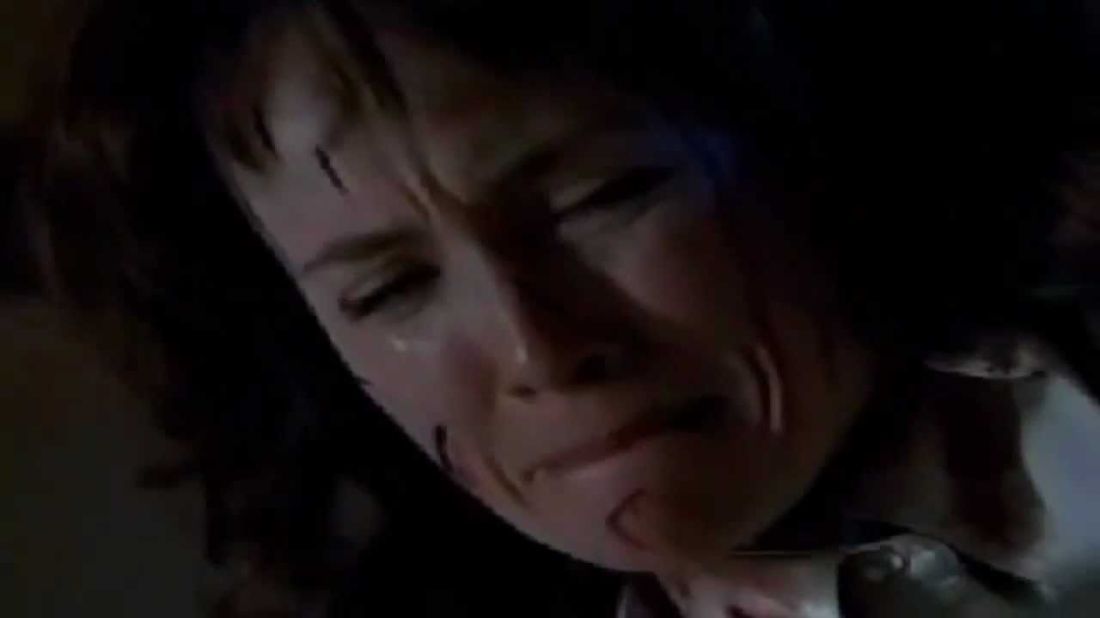 Story one is “The Graveyard Rats”.  It’s about a woman and her lover who kill her husband, then try to break into his coffin for numbers to a Swiss bank account he had buried with him.  Giant rats disrupt their plans, however.  There’s no one likable in this story, but everyone gets there’s so that’s good.  This would not have been us, as we like to say.

Story two is “Bobby”.  A woman whose son, Bobby, drowns, uses black magic to bring him back to life.  Again, wouldn’t be us.  But she does it and imagine that, it goes ginormously wrong.  The acting was better than the first story.  And the effects were wonderful.  Also, a surprisingly good ending.  And warning, if you decide to have a drinking game, you’ll die if you take a sip every time Bobby says “mommy”.

Story three is “He Who Kills”.  This is a sequel to the first Trilogy of Terror short, “Amelia”.  In this, a doctor gets the doll to examine it and it wakes up and starts killing people.  We actually liked all the people in the story though, so that sucked because it doesn’t go well for them.  There’s no motive points for this and the screaming Zuni doll is just obnoxious.  He makes Chucky look high brow.  Did not like the rules either and did not like the story.  I mean, how does a centuries old warrior doll know how to cut the phone wires?  How does he even know what phone wires are?  Ugh.

Overall, it did not do as well as the original, but if you want to give it a go because you loved the original, than by all means, do.  But we don’t recommend it to others.