Plot: a collection of four shorts told to a detective about a cursed house. 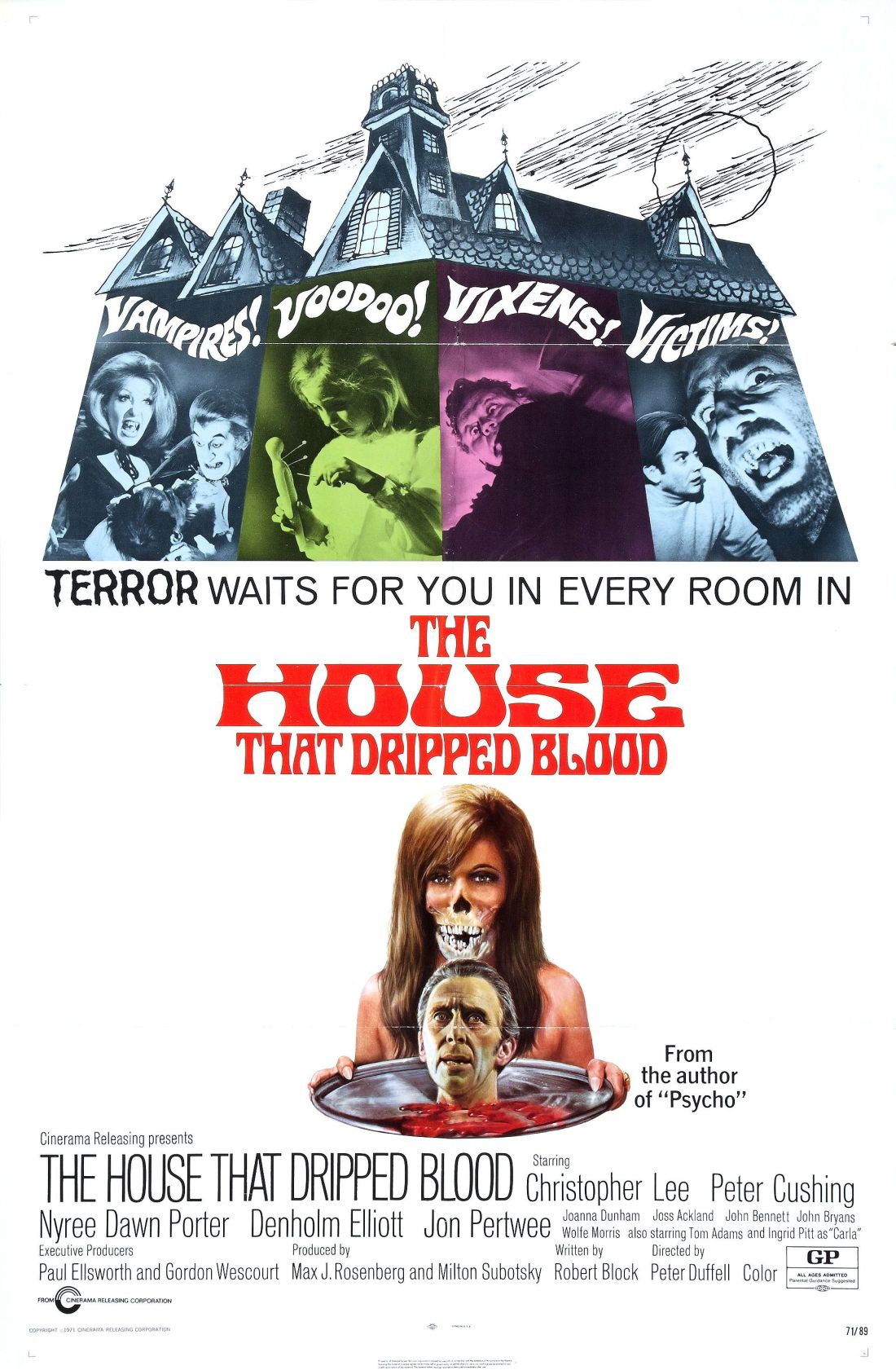 In this story, a writer comes to the house with his wife to write a horror story and begins to have visions of his murderous character.  It was truly original.  We really liked the direction.  It was creepy, too.  And DJ particularly, loved the ending.

In this tale of jealousy, a man and his friend become obsessed with a wax figure in a local museum, but the proprietor is crazy and doesn’t want to give it up without a fight.  It’s enormously interesting.  The cast is awesome.  The effects are awesome.  And the story is a powerful one that I really enjoyed.  However, there was no Freddy Claws.  Boo.

3. SWEETS TO THE SWEET

John Reid rents the house for him and his daughter, Jane, who isn’t all that she seems.  Although the cast is a great one, we didn’t really like the story.  But it was the only one of the four we didn’t like at all.

In this cheeky little thriller, a horror actor buys a cloak that turns him into a vampire.  It was an interesting concept and I enjoyed it.

The framework story brings it all together, but it wasn’t our most favorite of frames we’ve seen.  However, that doesn’t mean we don’t recommend the movie.  It’s an enjoyable little treat and we do recommend it for the horror anthology lover in all of us.