Plot: a group of BASE jumpers enter forbidden territory in Australia and awaken a sleeping Tasmanian Devil. 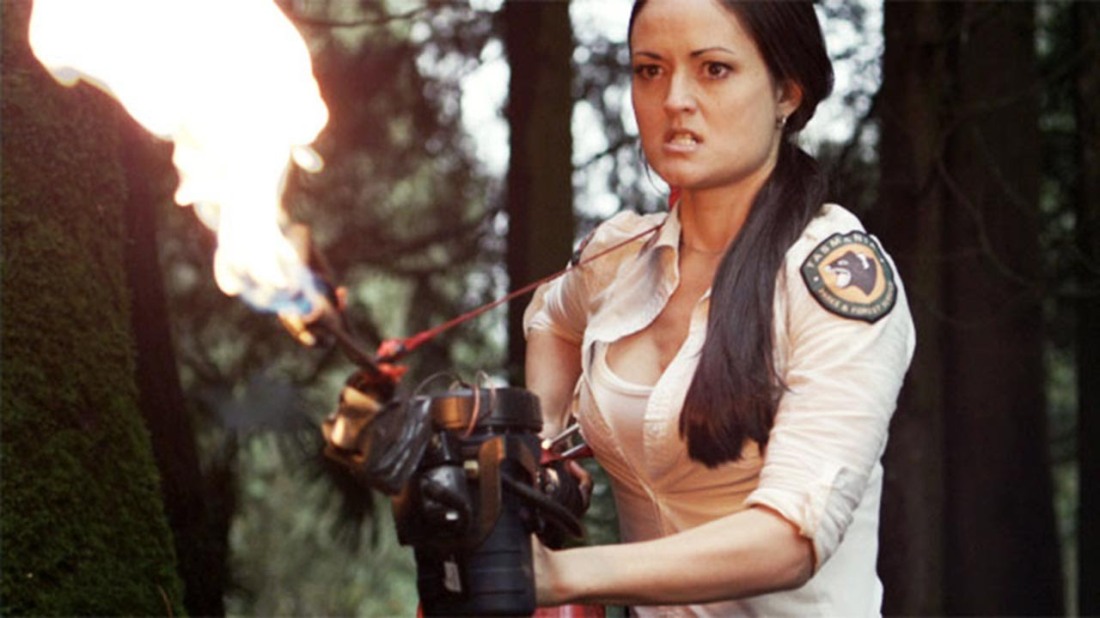 When the group of BASE jumpers go into the forbidden area, one of them dies.  It’s a television movie though so it’s not so terrible gory or anything, but his blood does awaken an ancient Tasmanian Devil who begins to come after them one by one.

This is pretty standard made-for-TV, horror movie fare.  There’s a bunch of cliches, of course.  She ends up with her hair down and in a tank top by the end of the film.  Also, they always just assume there is one monster.  Never a family.  Like, why do they do that?  You really do see everything coming before it happens.  There are no surprises.

But there was a terrific motive.  And it followed rules.  It had a good cast and the plot was even okay, but the individual character stories seemed a little forced.  It was pretty good for SyFy though.