Plot: a group of students in detention are confronted by the school’s legendary ghost.

In a very typical Breakfast Club type world, all five students show up for Saturday detention and get to pissing off the Vice Principal (Armstrong) right away.  So, they get assigned chores and while doing them, they start telling the infamous legend of a ghost that haunts the hallways of their school.  The zombie ghost of an old woman who used to teach at the school, but died of a heart attack after the students pulled a prank on her.  Now, she roams the hall in the Admiral mascot uniform, slicing students up.

All five of them are very stereotypical, but the “bad girl” got on our nerves the most.  Maybe it was her acting or how they wrote her.  I mean, apparently “bad girls” need to wear flannels that are always falling off their shoulders.  It was annoying.  And of course, she gets almost everyone else high because again, that’s what “bad girls” do.

It was a pretty run-of-the-mill slasher altogether though.  One where we ended up liking the killer more than the students.  There was nice innovation and a really terrific cast.  We’re glad to see Fogelmanis doing well.  We liked him in Girl Meets World.  It was the first full-length film from Gan, too, so I give him some leeway.  Maybe his next endeavor will be better. 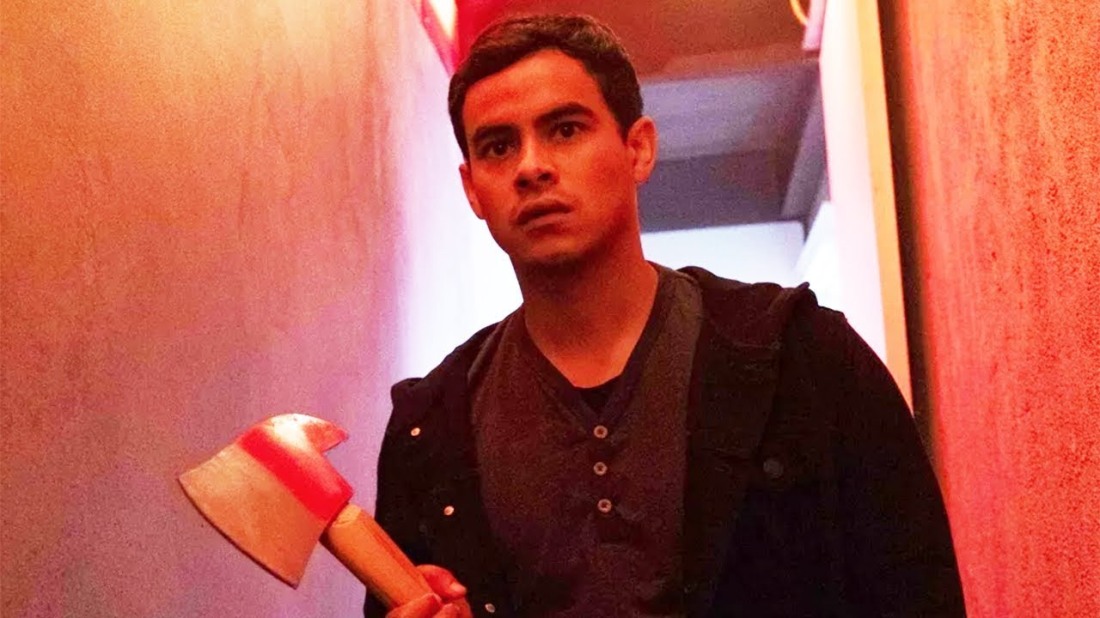 However, DJ and I think one thing would have made this movie a lot better.

See, at the end, it turns out that Brett (Fogelmanis), the very nice boy, isn’t so nice.  He’s actually a bit cray.  Why?  Because the teacher that was killed at the school was his mother.  And all he wants is for the school to be a safe and happy place without “bad kids”.  However, the final girl (Q) decides to tell him, in one of the last scenes, that she’s not the good girl he always thought she was.  That she’s sexually promiscuous and has been cheating on tests since forever and actually hates the school.  Then, she kills him.  Now, me and DJ wanted so badly for Brett’s zombie mom to be real at this point.  Let it be a little more Friday the 13th and a little less annoying.  But instead, the end gives us the final girl going onto Harvard possibly, having done all these bad things to get there.  Like, what’s the lesson here Hulu?  Ugh!