Plot: a Djinn (like a genie, but meaner) is awoken by a woman and starts granting people wishes, but it never goes well. 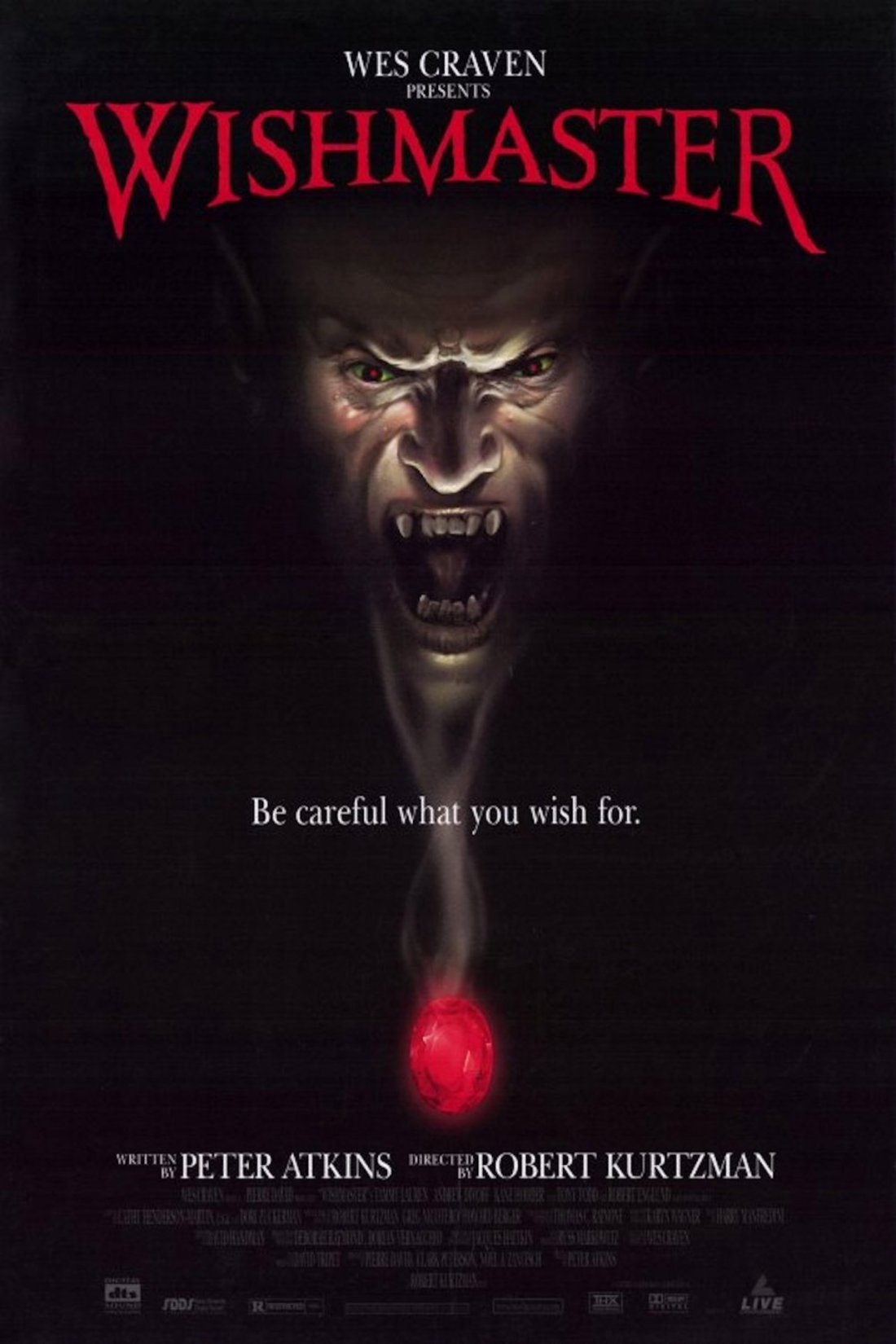 The movie starts by saying that the Djinn will grant three wishes to whoever wakes him up and that after he grants the wishes, he’ll be free, but you don’t want that.  However, in the movie he goes around granting wishes to everyone, not just the girl who woke him up.  And this usually ends with someone dead.  He takes souls, too, and we’re not sure why that is either.  He’s like a really fucked up Leprechaun.  It just doesn’t make any sense.  Which is why we didn’t like it.

We love all the people that were in this movie.  They’re all so nice.  But that can’t make us like a film.  It made up the rules as it went along and the kills were cheap.  The end was good, but the rest was ridiculous.