Plot: a NY reporter follows a woman to an island where a doctor faces an epidemic of the zombie variety. 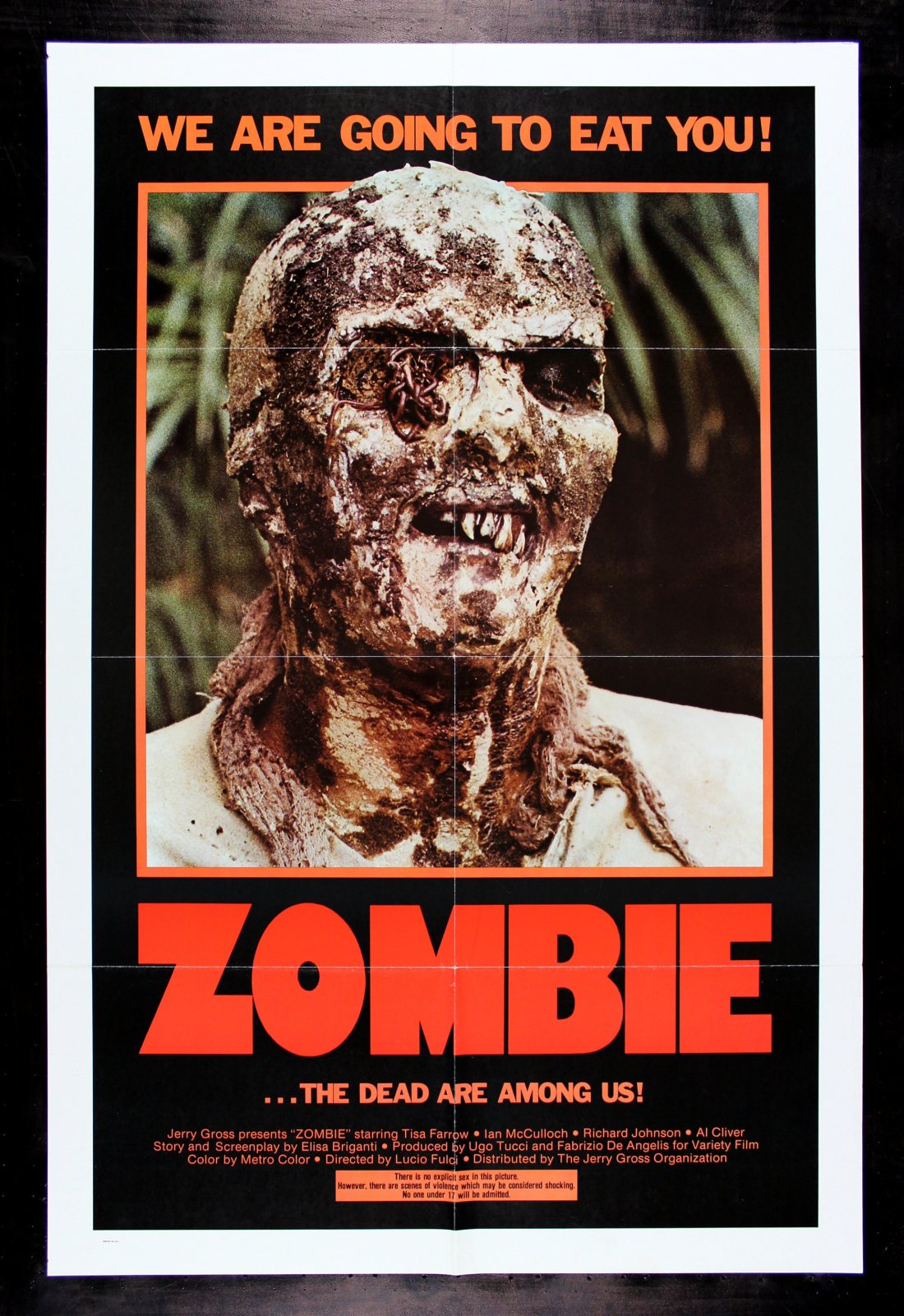 A boat comes into the New York harbor without anyone on it except one zombie who later kills a cop.  The boat’s owner is nowhere to be found and his daughter wants to know where he is.  So, the daughter and a newspaper reporter decide to go to this island after they find a note on the boat saying that her father was sick and that they weren’t going to let him leave said island alive.  Once they arrive at the island though, it isn’t long before it turns into zombie mayhem.

There’s a great zombie vs. shark fight that kicks ass.  There’s nice innovation.  The movie followed rules and the ending was cool.  But this movie about slower than slow zombies is dubbed very poorly and sometimes it’s hard to watch.  And all of the zombies have their eyes closed and we didn’t understand that.  I mean, how do they even see?  It’s a classic.  Maybe a mediocre classic, but one people should definitely watch.