Plot: During a walk of shame, the “couple” finds that the zombie apocalypse has broken out and they have to work together to survive. 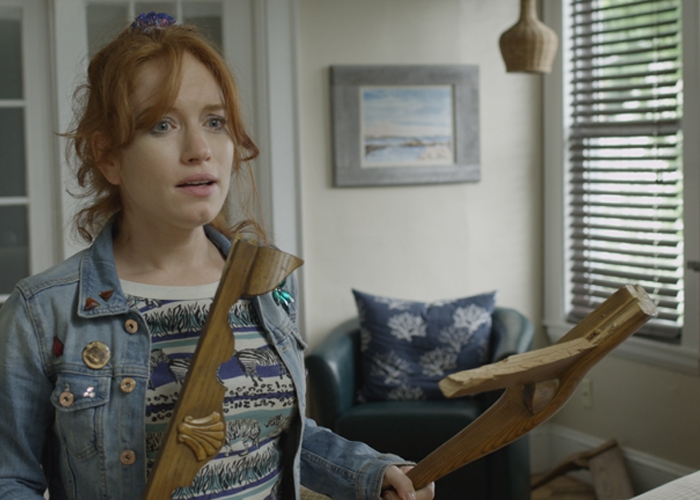 I dug this movie, look you get to stare at and enjoy the funny and beautiful Maria Thayer!

Shes plays Deb, who is crazy, still wears scrunchies and is genuinely bad at life but probably really fun to be with.

Ryan on the other hand eats vegan, only rides his bike and is hesitant to kill zombies, making him the hot douche.

This was more romantic comedy than horror but its brand of humor was funny enough to entertain me, though not as much Tara. I understand that the humor is not for everyone. Some f it was quite goofy and tongue in cheek. Tara just wanted it to be flat out funnier. Though we both did love Chris Marquette and Ray Wise return to the screen as a father son duo in a horror comedy, see Infestation.

I really liked the rules and the script and find it to be completely rewatchable. It has a great cast and a good ending. Overall Tara liked it less for the story and the humor and gave it a 61/100 but i pretty much loved it with a score of 79/100. so Dj says watch it!!!