Plot: a chemical plant explodes and and turns the townspeople into zombies, leaving the few uninfected to fight to survive. 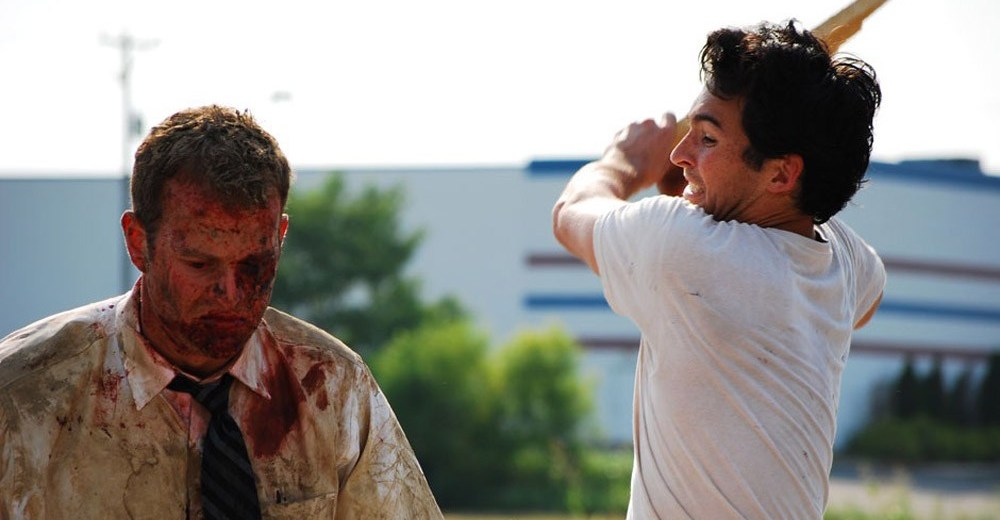 Jim (Hayden) is a very happy man planning to propose to his girlfriend Emilie (Jones).  That is until their tiny world shatters as the chemical plant in town explodes causing complete chaos.  On the way to get help, Emilie is wounded and dies leaving Jim all alone.  He takes shelter in a large farm, but isn’t able to secure it all.  When one of the infected gets in, he’s forced to fight to the death.  He’s not very good with a gun, but eventually, he does win.

The gunshots alert three people in a neighboring residence of his whereabouts and they invite him to come stay with them.  Their place is much more secure.  And for a while Jim lives there with Scott (Lilly), his wife, Julie (Norman) and Ix (White) with no problems.  Well, except that Ix is a little too standoffish and unfriendly at first, but we soon learn why. 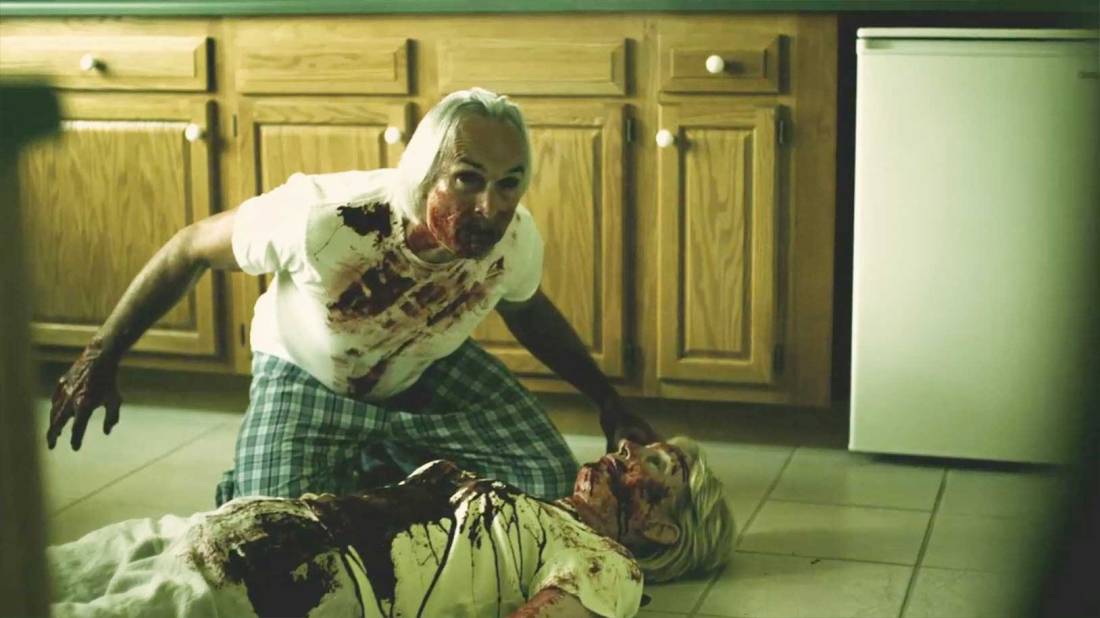 The rest of the movie is anything but textbook zombie fare and that’s why we like it.  For instance, you have four survivors and eventually a military presence and yet there’s no greediness, stupidity or rape.  It was wonderful to see.  And we understand how it could be seen as slow or uneventful, but it’s personable.  It’s magic really.  I love this movie.  If I could marry it and have it’s babies, I would.

It followed rules, had a spectacular script, terrific effects, awesome Freddy Claws and a beautiful ending.  It was low budget, but so captivating.  This is an example of one writer/director who knows how to write and direct.