Plot: a washed up musician and a schoolteacher join forces to protect a group of children from a zombie outbreak. 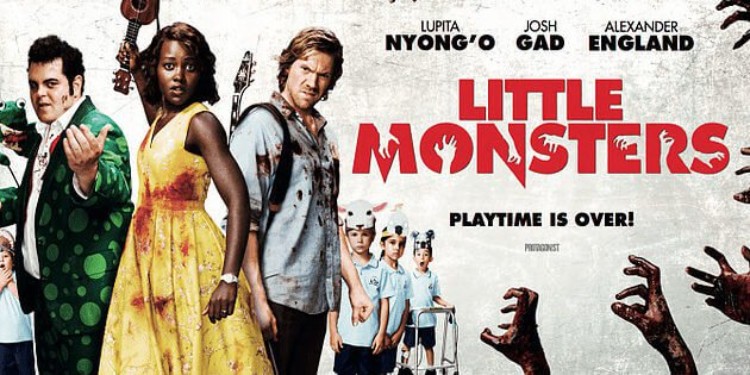 Dave (England) is struggling at life.  His musical career is going nowhere and he’s sleeping on his sister’s sofa.  The only person that really seems to understand him is his nephew, Felix (played by the lovely and adorable Torraca).  When Dave meets Felix’s schoolteacher, Miss Audrey Caroline (Nyong’o), sparks fly, but initially only for him.  So, he volunteers to go on a field trip with them to the petting zoo.  Which just so happens to be next door to an army testing facility.  Which just so happens to have a zombie outbreak that day.  Luckily for the humans involved, they’re slow zombies.

With zombies chases them, Dave and Miss Caroline gather the kids in the petting zoo gift shop.  Also with them is the foul mouthed, kids TV personality, Teddy McGiggle, who, as it turns out, doesn’t like kids and doesn’t like to giggle.  He almost sacrifices them to save himself on more than one occasion. 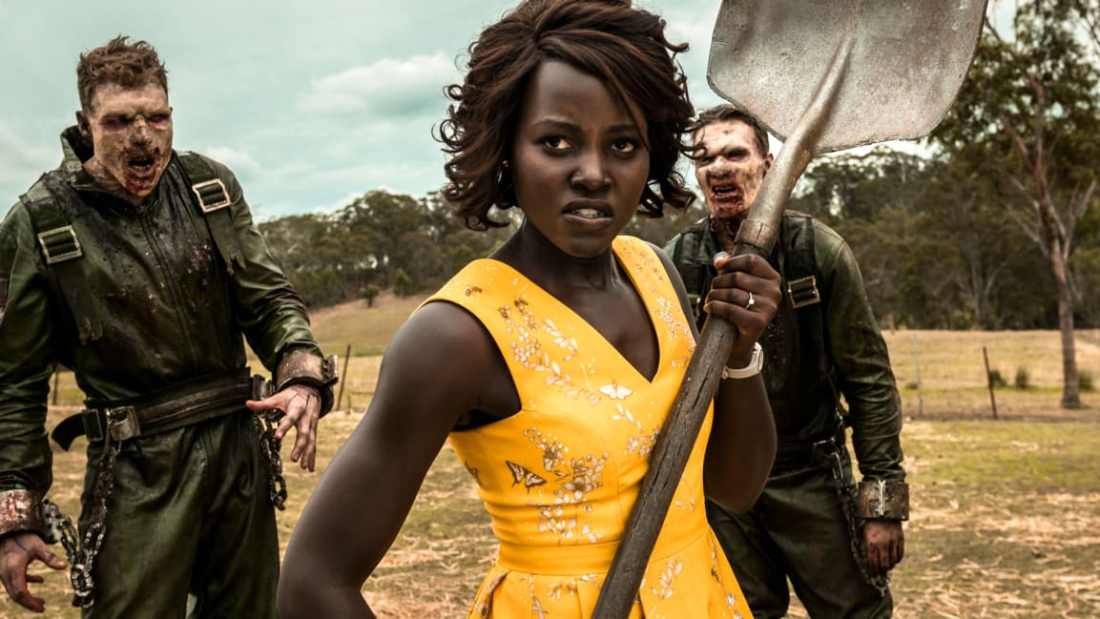 The brother/sister bond that Dave has with Tess (Stewart) is very relatable, especially to us.  Asshole dad, sick mother, been there, done that.  Also, we love the interracial coupling of Nyong’o and England.  Their chemistry was on point.  And by far the cutest thing in the movie was little Felix running around in his Darth Vader costume, making the sound effects and such.

It’s an original take on an old genre.  Everyone’s likable except Josh Gad, who still manages to be pretty funny even while being a dick.  It followed rules, had an impressive script, a talented cast, humor, balls and a lovely ending that, if we admit it, had us both crying a little.  It also had DJ singing a Taylor Swift song in a positive light, so you know this film was magic.  LOL.  It’s just so perfect for this season or any other.