Plot: a group of kids band together to survive a killer during detention. 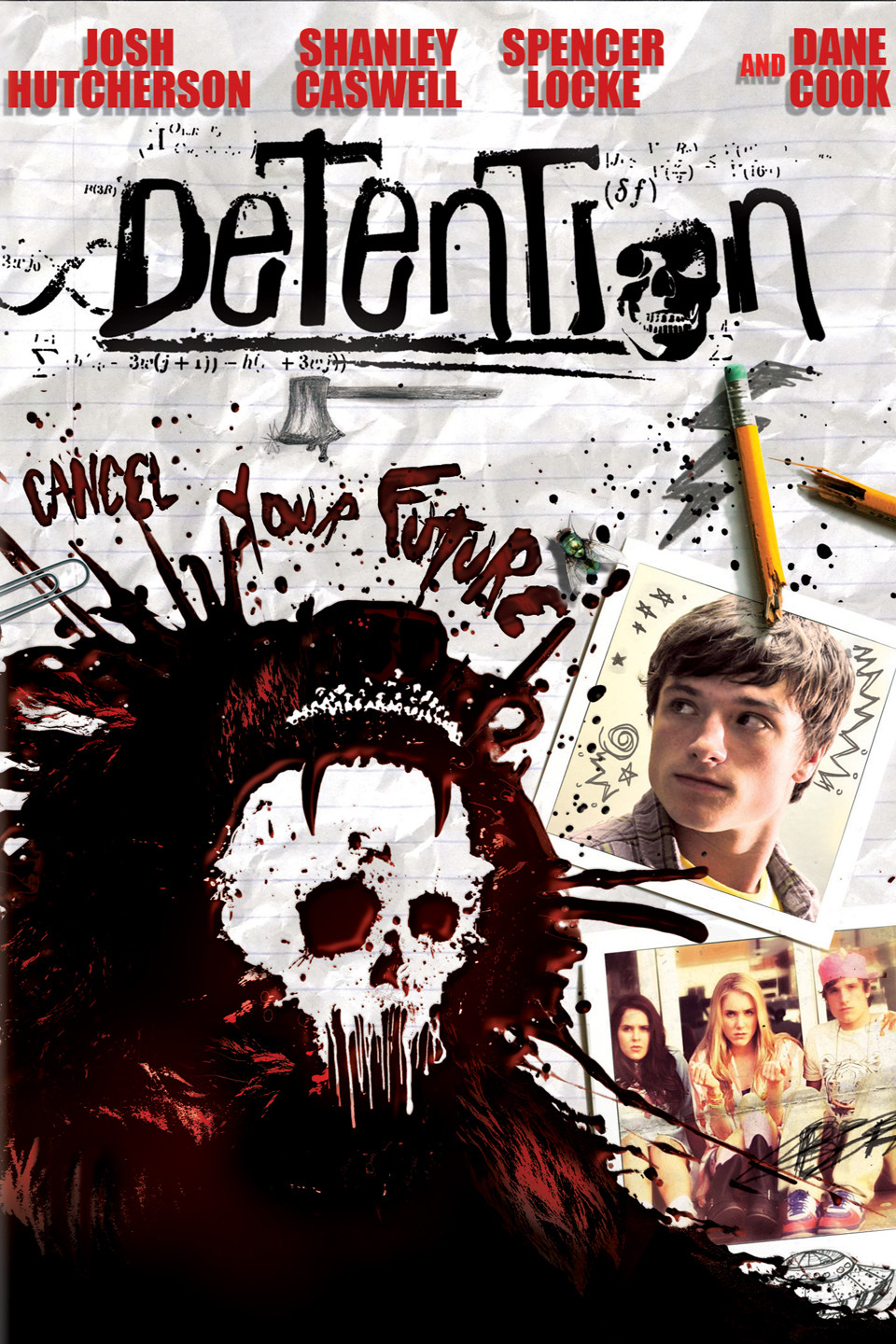 Clapton (Hutcherson) is failing his senior year of high school and hooking up with Ione (Locke), the popular girl.  Her ex wants to beat him up because of it.  Riley (Caswell) is having a hard life, too, and then someone tries to kill her, but no believes her about it.  Then the bully ex gets killed and the principal (Cook) thinks a student did it, so they all get detention.  It sounds stupid and it is.

Cinderhella – the movie within the movie – is the mask that the killer works.  And Riley likes Clapton and used to be best friends with Ione.  It’s all just really weird.  There’s these 90’s references that don’t make sense – like Angela Chase would NEVER wear that fucking outfit.  I take high offence to that since I love her character so much.  And the editing is also ridiculous.  It whips right from one scene to another and makes no sense.  And there’s time travel.  What?  It’s too over-the-top.

It’s all a shame really because the cast is decent and the soundtrack is fantastic.  I even liked the ending, but the movie itself is a mess.  We don’t recommend.