Plot: two thieves steal some movies from a video store – these are those movies. 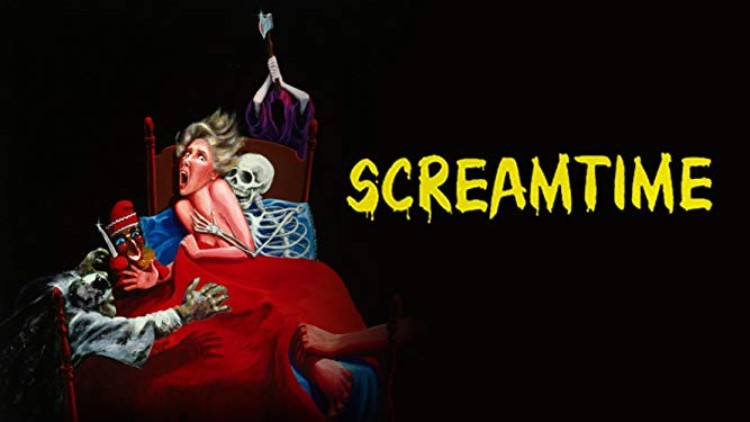 Story #1 is about a puppeteer whose wife wants him to get a “real job”.  His stepson is also a wanker who burns Punch and Judy’s playhouse and then mysteriously gets beaten to death.  It’s a decent story, but we wonder why people have to hide when they can run.

Story #2 is better.  In it, Tony and Susan move into a house that Tony’s father gives them because he’s had trouble selling it.  Susan stars seeing things – a boy on a bike in the yard and a man with a knife in the hallway.  Tony’s not seeing things though, so they go to a psychic.  Turns out to be a nice little twist ending.  We don’t always like twists, but this one was good.

Story # 3 is pretty good, too.  It’s about a man who races dirt bikes and works in a clothing store, but still wants more money.  So, he answers an ad to be a gardener for these two old ladies.  Well, the two old ladies A) have a trunk full of money in their house and B) believe in fairies.  And by the end of the story, you’ll believe in fairies, too.

The whole movie was pretty good.  And we do recommend it.