Plot: 27 years later, It comes back and the Losers Club reunites to defeat It. 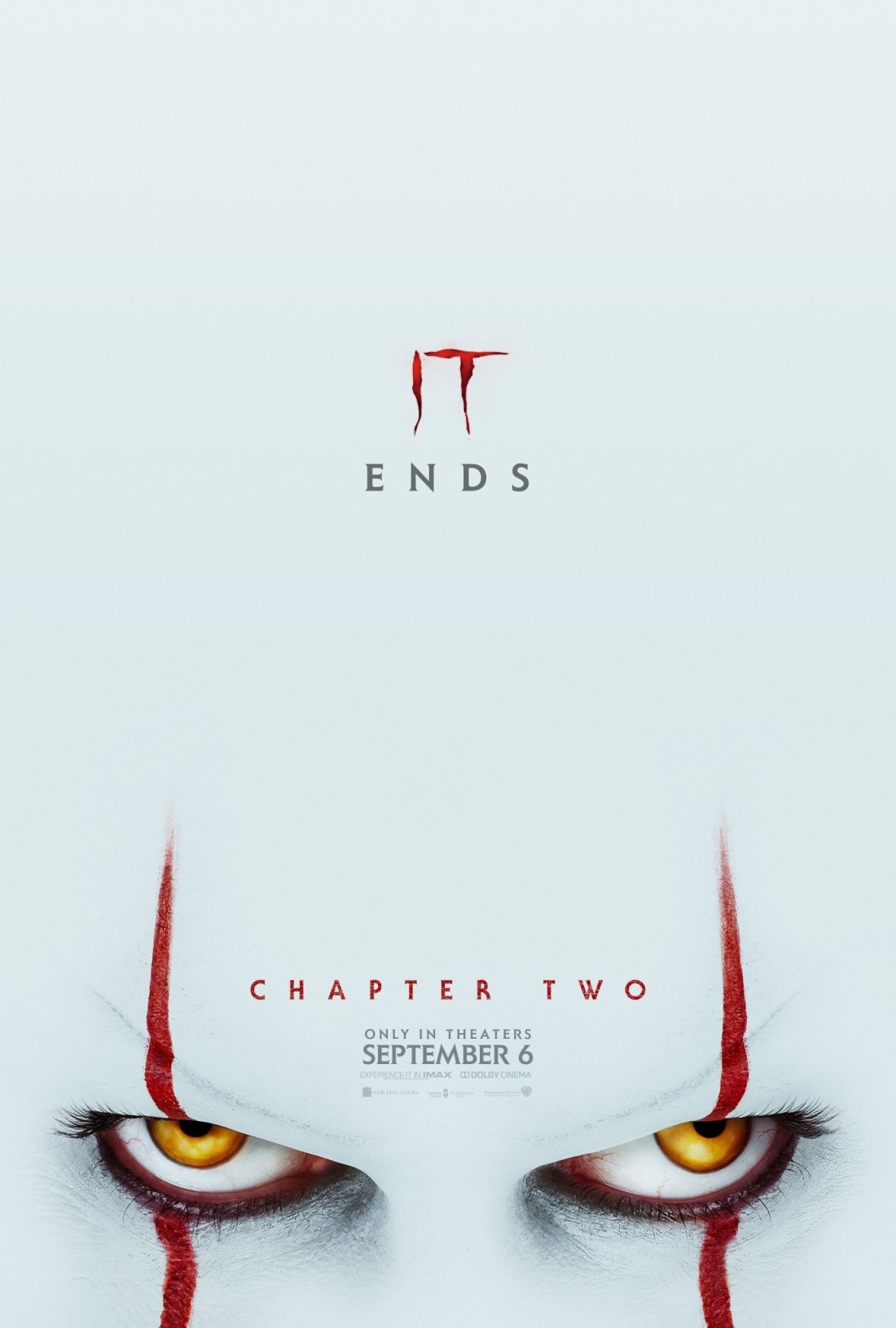 In Derry, Maine, the murders of young people start up again, so Mike Hanlon (Mustafa), who has stayed in Derry, calls the rest of the Losers Club home.  Stanley (Bean) kills himself, but the rest of them do come.  In order to defeat It, they each need a token of their childhood, so they split up to find them.  This is where the real horror starts.

Warning: this is one scary ass movie.  There’s plenty of jump scares, children being eaten right in front of you and the “witch” that Bev (Chastain) encounters will haunt me and DJ’s dreams for a long time.  But the movie has heart, too.  We cried a little come the end.  This movie had everything going right for it.  Truly.  It followed the rules it laid out.  It was as realistic as it could get.  It had an incredible script, a terrific cast, crazy good effects, awesome direction, a terrifying story and a perfect ending.  It was even funny in parts.

We recommend this Chapter and the first one wholeheartedly.

PS – I totally think McAvoy and Hader are hot, so that was also a plus.  LOL