Plot: disturbing things begin to happen to a bartender after he takes home the wrong phone. 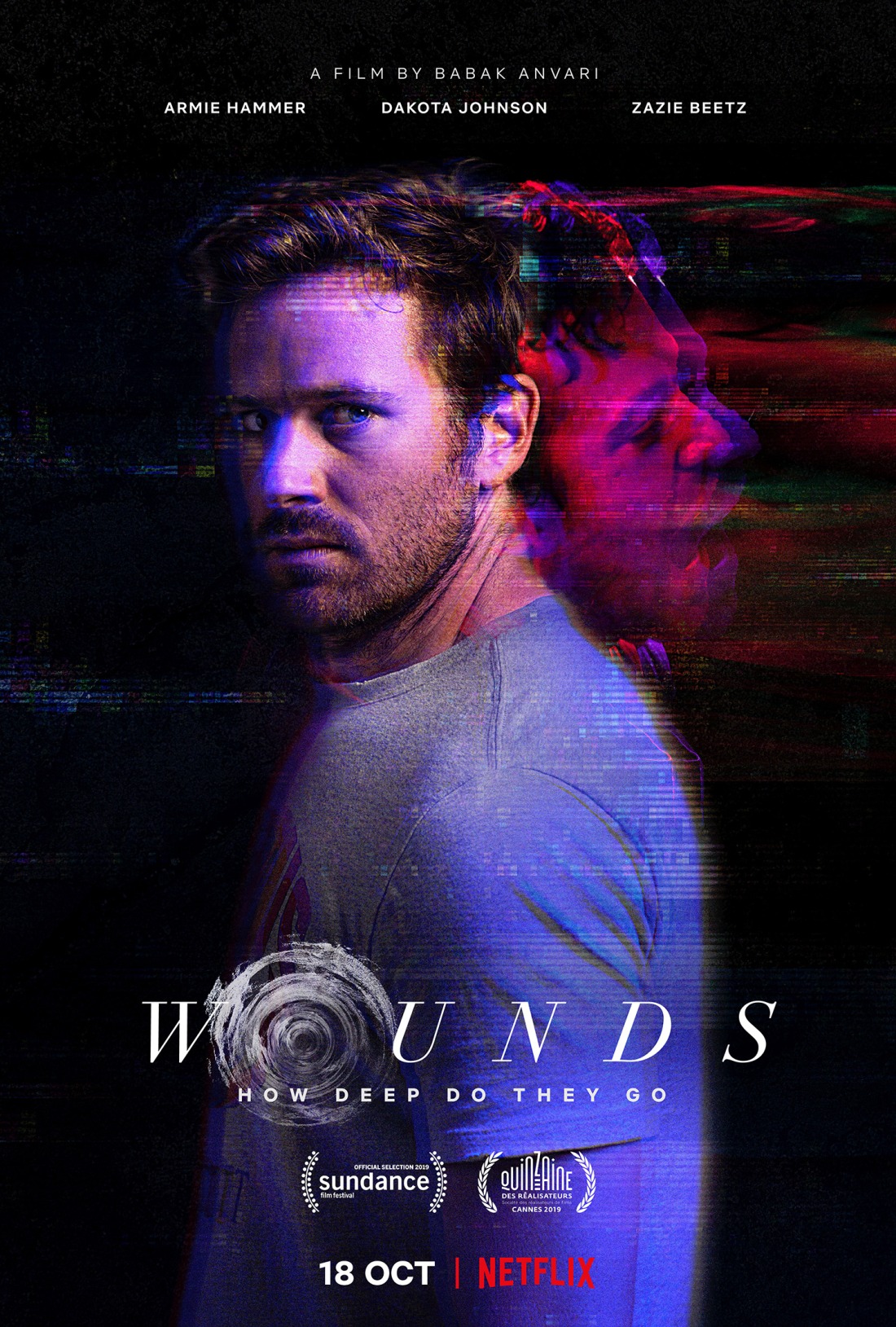 Will (Hammer) works at a dingy bar that’s more bugs than people.  Roaches are everywhere and people regularly get naked to drink for free.  Seriously.  One night, a fight breaks out between Eric (Henke) and another patron.  Will says he’s calling the cops which forces a table full of preppy underage kids to leave.  Later, Will finds that one of them left a phone behind and instead of putting it in the Lost and Found, Will takes it home with him.  Maybe there’s some supernatural force compelling him to do so, but it’s one of the first bad decisions he makes and not the last.

Will’s girlfriend, Carrie (Johnson) is kind of snotty and accuses Will of cheating on her on the regular, so when he comes home with a weird, colorful phone, she gets the wrong idea.  Of course, she has reason to feel this way after all, when later it becomes apparent that Will is trying to sleep with Alicia (Beetz), a regular at the bar.

Anyway, the supernatural aspects of the story come into play when Will finds disturbing photos on the phone.  Then, after Carrie sees the same photos, she starts staring down a literal abyss on her computer.  Now, there was plenty of atmosphere and I was very eager to see what was to become of Will, but sadly, the movie just sort of ends.  Apparently the novella ends in a very similar fashion and you never know what’s to become of our hero.  Leaving me with a “What the fuck did I just watch?” feeling does nothing for the movie’s score as I was left with more questions than answers and cannot recommend anyone watch this unless they want to frustrate themselves.  For the acting and the effects though, it gets some points.