Plot: a harmless game of Truth or Dare turns deadly for a group of spring breakers. 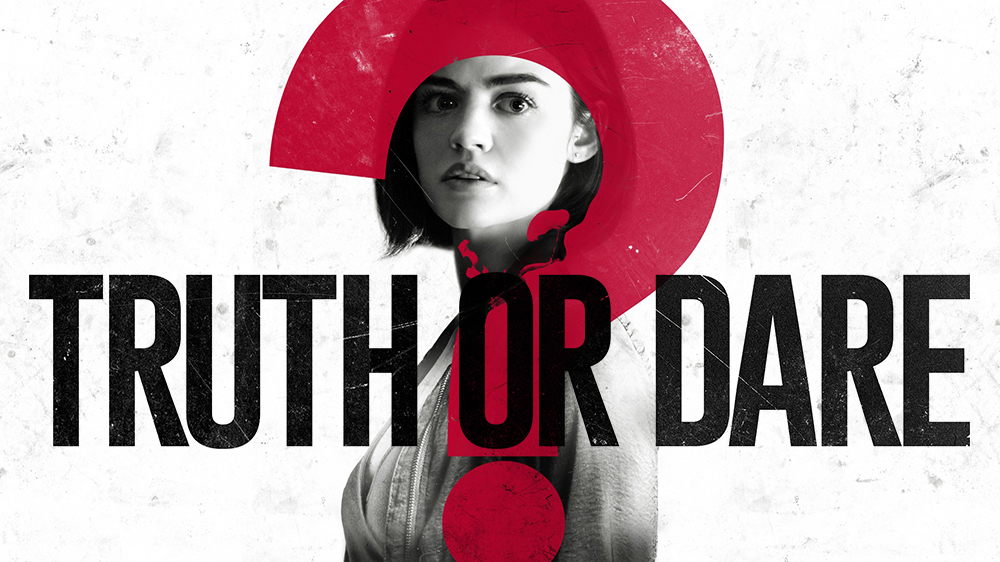 Olivia (Hale) and a group of her friends go to Mexico for spring break.  In a not-so-side story, it’s obvious that Olivia and Lucas (Posey) have feelings for each other even though he’s dating her best friend, Markie (Beane).  But Markie cheats on him all the time anyway, so whatever.  These people aren’t totally likable and you’re kinda just waiting for them to die.  And when they get home from spring break, that’s when the shit hits the fan.

At first, some of the deaths were cool and the rules were simple enough: lie or refuse to play and you die.  But then they had to go in and add this big dare element where if 2 people said ‘truth’ that the next person had to say ‘dare’.  It was remarkably ridiculous.  And the back and forth with the love triangle gave us a headache.  There was so much drama it was awful.  And of course they kept splitting up for various, unreasonable reasons.  And I love Landon, but he has got to make some better horror movies.  Please.

Also, the end sucked.  Like big time.  The whole movie pretends to have this moral ground of sorts and then pisses all over itself.  We were disgusted.