Plot: an April Fool’s Day prank comes back to haunt alumni at a reunion.

A high school prank on an unpopular kid leads to him being disfigured.  Years later, the same kids who pulled the prank are invited to a reunion.  When they arrive they find that they’re the only ones that were invited and that the school is in disrepair.  Soon, they are all hunted down by a killer in a jester’s mask.

So, what does the movie get right?  Well, you really want the people to die.  And the motive is a good one.  But it’s really easy to figure out who the killer is.  And you see a penis in the first five minutes.  And they keep splitting up and giving him things to kill them with.  Like, instead of beating him to death with the bat, she leaves the bat next to him and tries running again. 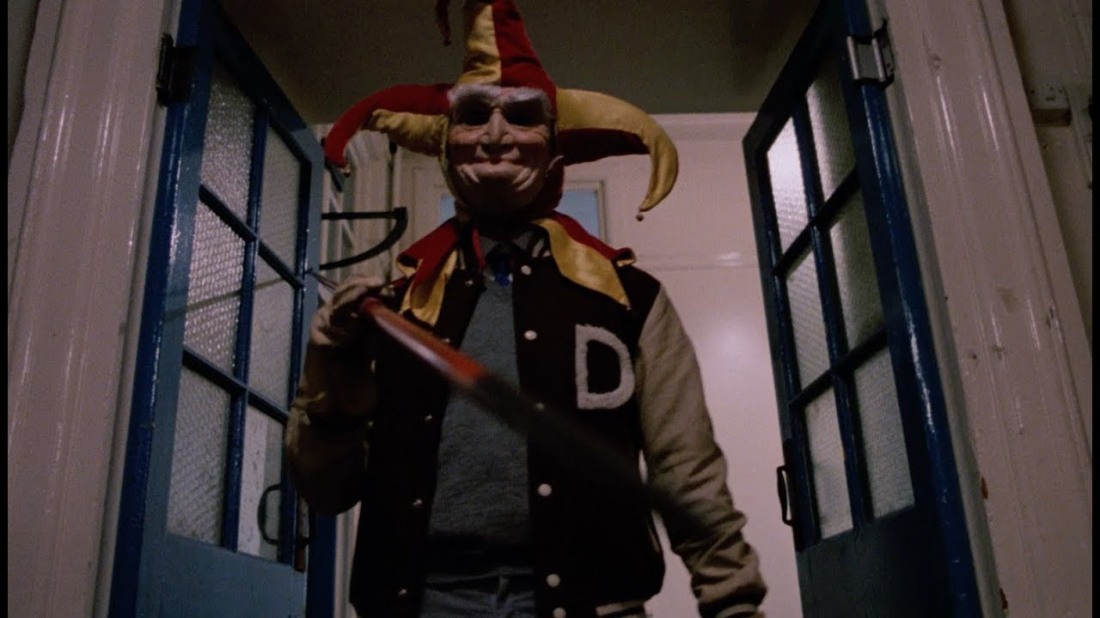 And no, while the black guy doesn’t always die first in these sorts of movies, in this one he does.  They make sure to make him the janitor when they’re kids and then the caretaker when they’re adults and then he dies first.  Which isn’t even fair because it’s not like he pulled the prank on the kid.  Also, the actor’s accents go from British to Southern depending on the scene and I’m not sure how that works.  Apparently, most of the cast was British and I guess when they went American it came out Southern.  Whatever.  This is just not a good movie.  But it is laughable if you want to do that.