Plot: a shape-shifting monster from a parallel universe sets it’s sights on researchers at a futuristic NASA “hypersleep” lab. 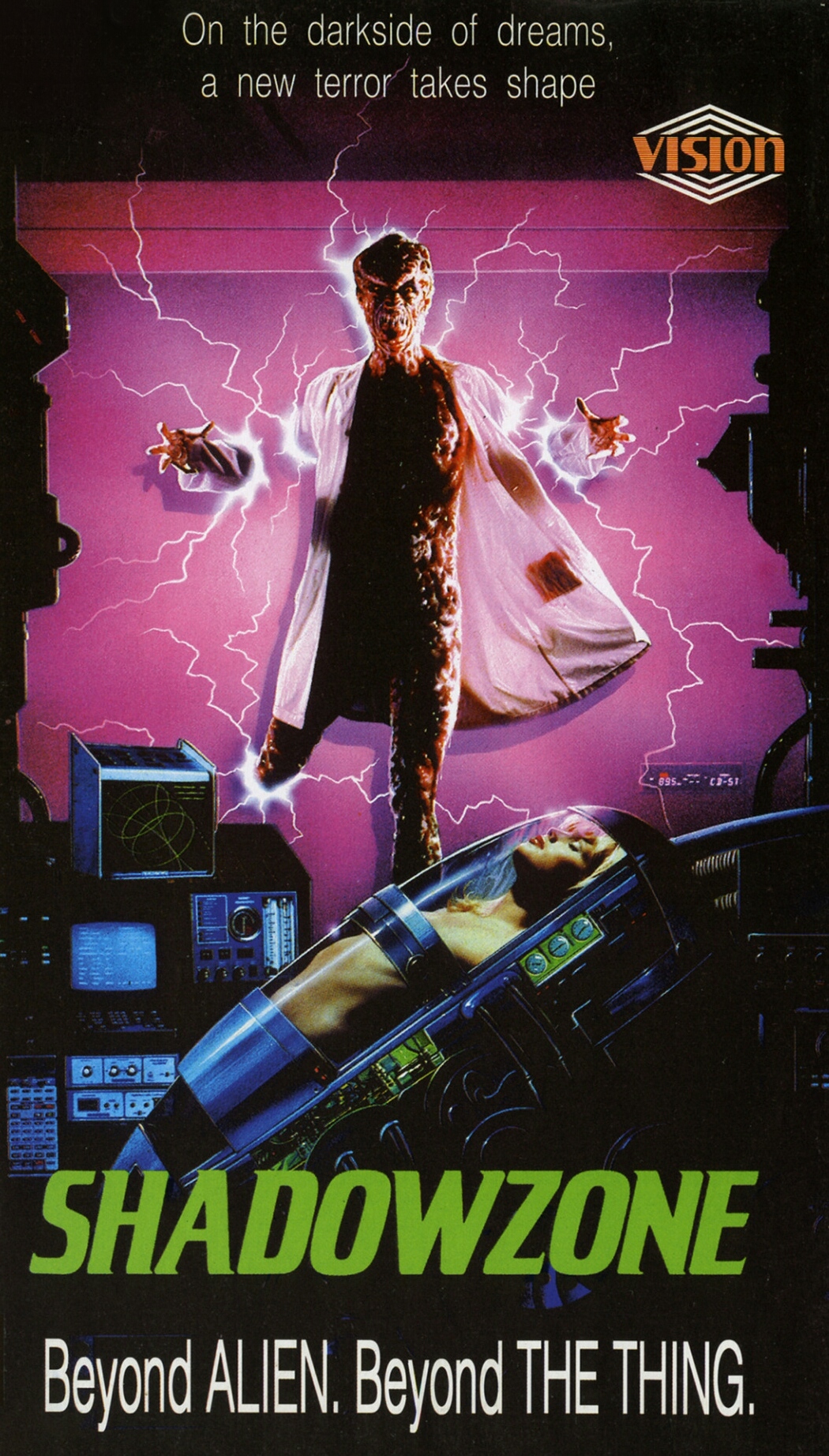 Dr. Van Fleet (Hong) and his associates are doing studies by putting people into deep sleep. After a test subject dies in the subterranean project called Shadowzone, a NASA Captain Hickock (Beecroft) is called in to investigate.  Upon preliminary study, Hickock asks Van Fleet to run more tests to see if the other subjects are in danger.  When another subject dies by head explosion, he brings a monster into this world from a parallel universe.

This is a Charles Band production, so it’s of course a little gross, but the effects are good ones.  There’s also lots of nudity.  Even full frontal male nudity.  Some of the characters are annoying, too.  Especially Dr. Kidwell (Weatherly) who works with monkeys and dead bodies all day, but little rats scare her.  Wouldn’t she probably have started out working on rats?  Dr. Erhardt (Fletcher) is also annoying with the chapstick she’s permanently applying to her lips.  They must be really sore.

It is by no means a great movie, but it could have been worse.  It’s funny in parts and the end is hysterical.  And someone should make a drinking game where you have to take a sip evertime someone says someone else’s given name.  And yes, that includes Bingo, the cute little monkey.