Written by Christopher Smith and James Moran Directed by Christopher Smith Starring: Danny Dyer, Laura Harris, Tim McInnerny, Toby Stephens, Claudia Blakley, Andy Nyman and Babou Ceesay Plot: during a company team building retreat, a group of employees are hunted down by a killer. This movie has a really solid opening featuring a gutting and … END_OF_DOCUMENT_TOKEN_TO_BE_REPLACED

We have all lost an icon and a treasure in John Saxon. Our hearts go out to his family, friends, and fans, the latter of which we count ourselves among. He will be missed.

Written and Directed by Stephen Susco Starring Colin Woodell, Rebecca Rittenhouse, Betty Gabriel, Andrew Lees, Connor Del Rio, Stephanie Nogueras and Savira Windyani Plot: A young man finds a laptop with access to the dark web and he is being watched by the laptops rightful owner who wants it back. The movie opens with Matias … END_OF_DOCUMENT_TOKEN_TO_BE_REPLACED

We mourn the passing of the writer and man who gave life to adult Jason Voorhees, as you can all tell, I use the Voorhees name in my handle, the Friday the 13th movies mean a great deal to me, always have, always will. 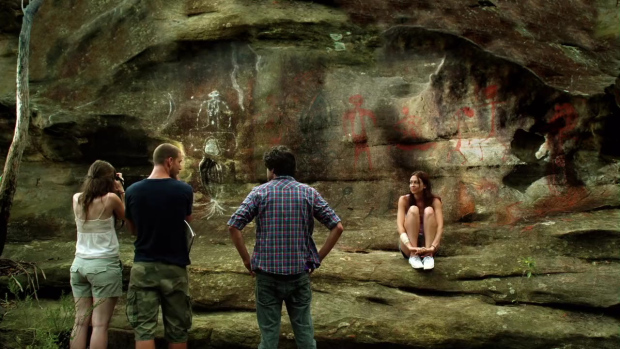 Written by Josh Reed and Nigel Christensen Directed by Josh Reed Starring: Zoe Tuckwell-Smith, Krew Boylan, Lindsay Farris and Wil Traval Plot: A group of friends go underground to view cave paintings but get a lot more than they bargained for. There are a lot of useless people in this movie. We just wanted them … END_OF_DOCUMENT_TOKEN_TO_BE_REPLACED

Written by Andrew C. Erin and Daniel Farrands Directed by Andrew C. Erin Starring: Julie Benz, Belle Shouse, Josh Stamberg, Danielle Harris, Dendrie Taylor, Jennifer Blanc-Biehn and Fionnula Flanagan Plot: Strange events plague a troubled woman after she moves into a gothic apartment building. I have looked around online and this movie is not getting … END_OF_DOCUMENT_TOKEN_TO_BE_REPLACED

Written by J. S. Cardone Directed by Nelson McCormick Starring Brittany Snow, Kellan Lutz, Ming-na Wen, Idris Elba and Johnathon Schaech Plot: a psycho teacher becomes obsessed with a student, stalks her, kills her whole family, goes to prison, escapes to stalk her once again and kill all her friends on Prom Night....not really like … END_OF_DOCUMENT_TOKEN_TO_BE_REPLACED

Written by Ryan Nagata and George Edelman Directed by Ryan Nagata Starring Randall Park, Steve Agee, Jeff B. Davis and Sara Tomko Plot: Kevin attempts to reconcile with his brother on a camping trip, but instead they awaken an ancient curse. This is a zombie movie, obviously lol, but it has basically one zombie but … END_OF_DOCUMENT_TOKEN_TO_BE_REPLACED