Plot: Edith (Wasikowska) marries Thomas (Hiddleston) and is swept away to his mysterious house filled with secrets.

Edith sees ghosts.  Ever since she’s a kid, she’s seen ghosts.  Her father (Beaver) wants her to marry Alan (Hunnam), but she falls for Thomas instead when he comes to New York with a business proposal for her father.  Her father even goes so far as to have him and his sister Lucille (Chastain) investigated, but before he can go public with what he finds out, he’s killed.  So, Thomas and Edith marry.

Meanwhile, something is clearly up with Thomas and Lucille’s relationship.  It’s clearly not healthy for a brother and sister to act this way.  And now Edith is in England, stuck at Crimson Peak (the name of Thomas and Lucille’s estate).  The movie is more a mystery with horror aspects and while that’s fine for me, DJ really doesn’t like it.  And I love Tom Hiddleston and his naked butt, but even I was expecting scarier. 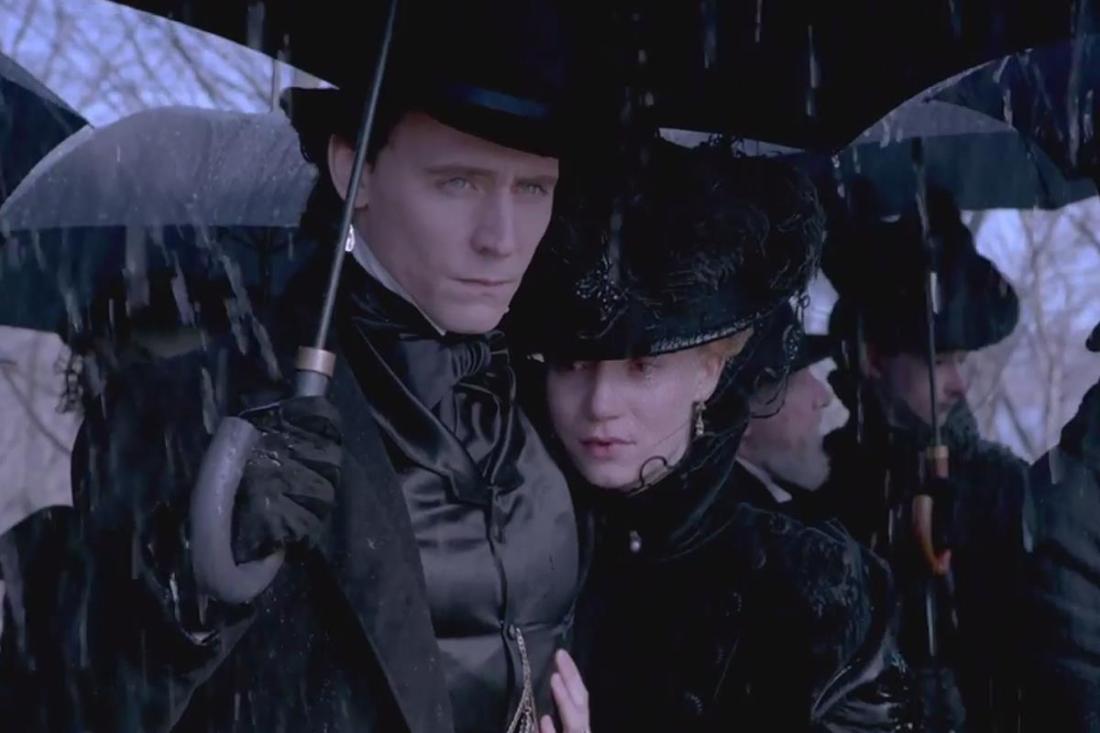 The mad as a hatter motive isn’t one we love.  And DJ is very uncomfortable with incest for obvious reasons.  I loved the cast though.  And I liked the story, too, but DJ did not.  So, I recommend and DJ does not.