Plot: a group of juvenile delinquents are sent to clean up an old hotel, but a psychopathic killer is roaming it’s halls. 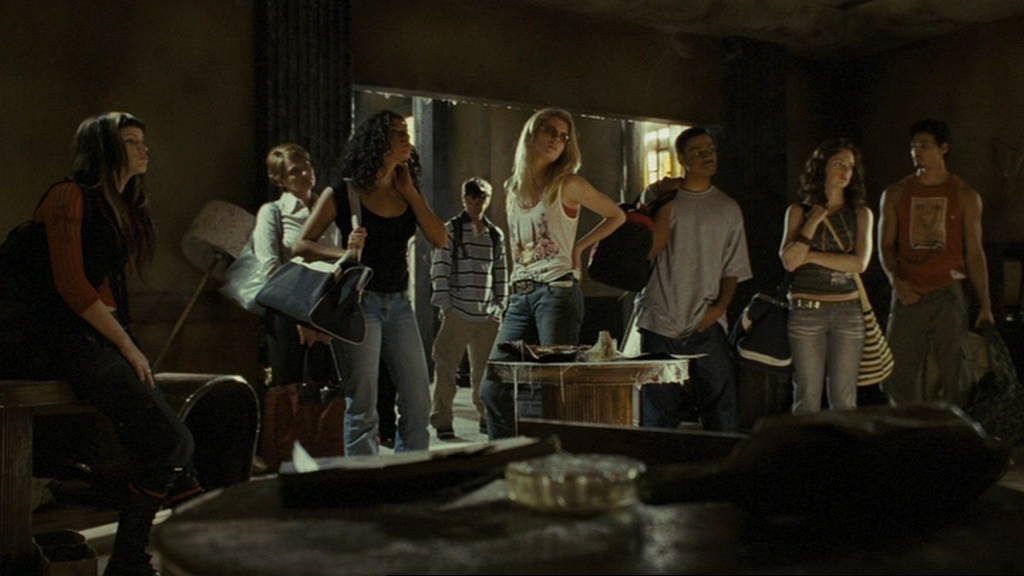 The group on young ones are cleaning up this old hotel so that it can be transformed into a homeless shelter.  Isn’t that nice?  Once inside the soon-to-be homeless shelter, they start getting picked off.  It’s a very simple premise that has been done thousands of times before, but we both thought it was done well enough this time.

It’s hard to like anyone.  They are delinquents so they weren’t written to be the best people, especially Michael who throws things at stray dogs.  As a matter of fact though, DJ liked the killer more than any of the kids, so there’s that.  I liked the cast a lot and the motive was pretty decent, too.  There was also some really innovative kills.  But we have one question: do eyeballs really come out that easy?  Because we’re not so sure.

We recommend it though.  It’s a cool little movie.  Much better than it’s sequel.