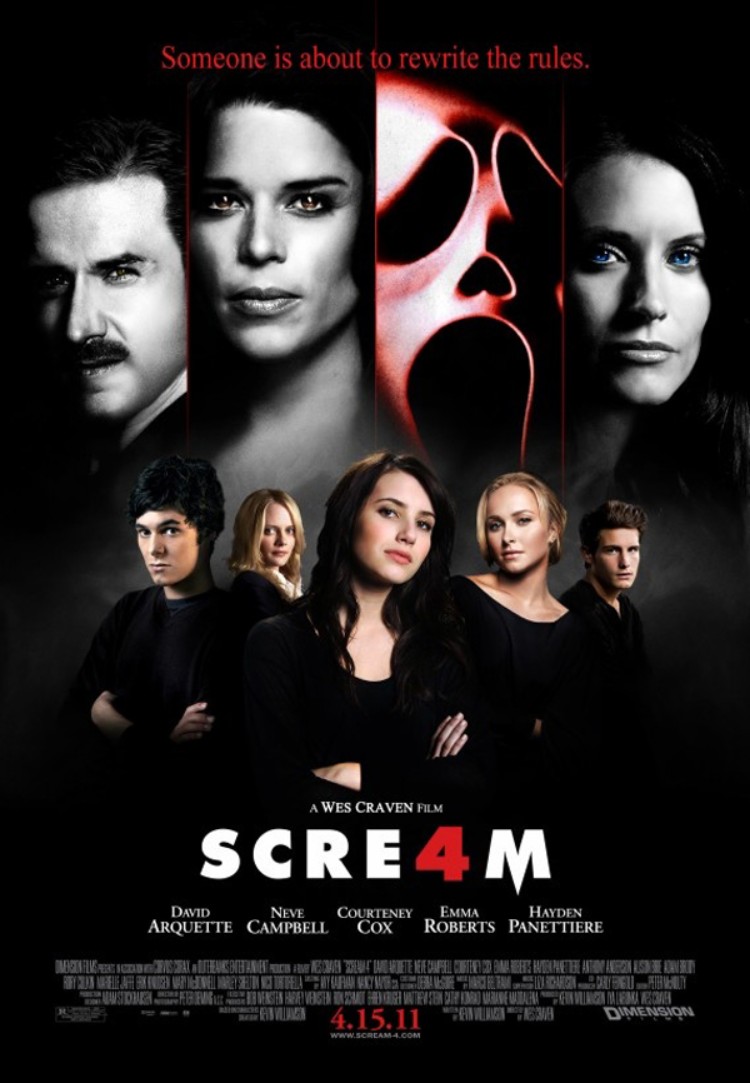 Sidney (Campbell) writes a non-fiction book about herself and her last stop on her book tour is of course, Woodsboro.  Dewey (Arquette) and Gale (Cox) are now married and living there.  He’s the Sheriff and she’s a fiction writer.  Anyway, two teenagers are killed in town and Sidney’s cousin, Jill (Roberts) receives a “What’s Your Favorite Scary Movie?” phone call.  Jill’s kind of bitchy though.  After she gets attacked herself, she freaks out on Sidney, blaming her for everything.  It’s a little silly.

Again, the movie is unrealistic.  It had a good cast though and it was funny in parts.  But it wasn’t scary.  None of these movies are ever scary.  And the twist of the whodunit is never that good.  Or that reasonable.  DJ doesn’t recommend it at all.  I think it’s mediocre at best.  There’s none like the first one, ya know?